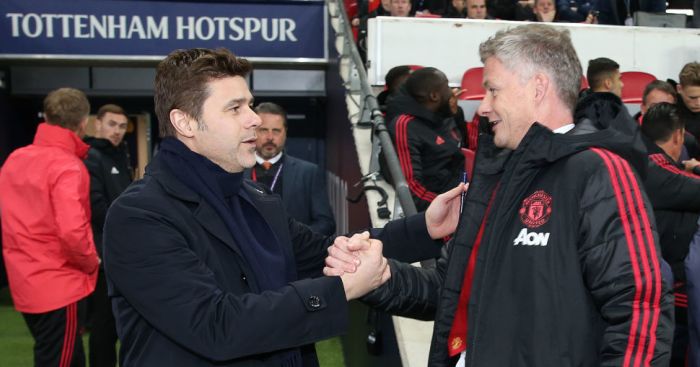 Manchester United is set to replace Ole Gunnar Solskjaer with former Tottenham boss Mauricio Pochettino at the end of the campaign.

The Argentine, who was sacked in October by Tottenham, has reportedly demanded complete freedom over transfers if he’s to replace current Man Utd boss this summer.

Solskjaer has overseen a difficult campaign at Old Trafford, with the club managing to win just nine of their 23 matches so far.

Publicly, United have insisted they’re behind the Norwegian and have no plans to sack him, despite their difficult form.

Yet behind the scenes at Old Trafford, there are some who believe the 46-year-old to be out of his depth.

Journalist Alfredo Pedulla revealed late on Monday night that United were in talks with Pochettino.

And he adds that the former Tottenham boss has demanded complete control of transfer business at Old Trafford.

But Pochettino, it seems, would want a huge say in who comes in the door.

GoalBall understands the Red Devils are in no rush to hire the former Spurs boss despite tentative talks being held.

Man United’s next feature is against Burnley on Wednesday night.