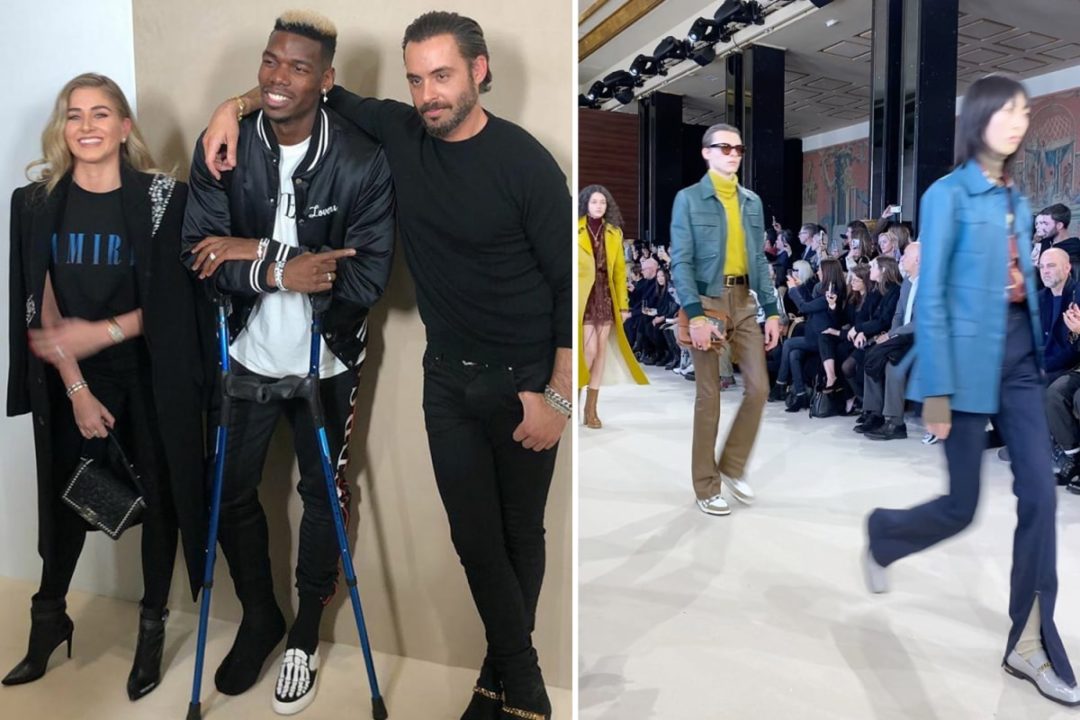 Paul Pogba doesn't look anywhere near recovery from his ankle injury after he was seen attending a fashion show in Paris.

The Red Devils are currently preparing for their clash against Liverpool, but Pogba was on the side of the runway in the French capital applauding US designer Mike Amiri’s new collection.

The injured Manchester United star – who had partner Zulay at this side – is a big fan of Amiri’s clobber. He sells ripped jeans costing £1000 and £700 hoodies.

He uploaded snaps of the designer appearing at the show to receive applause from fellow fashionistas.

And one image shows the 26-year-old being held up by crutches and wearing a protective boot on his right foot following his operation.

Zulay shared images from another fashion show in Paris later in the day – this time by designers Laundered Works Corps.

Pogba has been restricted to just eight appearances so far this season for the Red Devils and boss Ole Gunnar Solskjaer's side have been struggling without their star midfielder in the side.