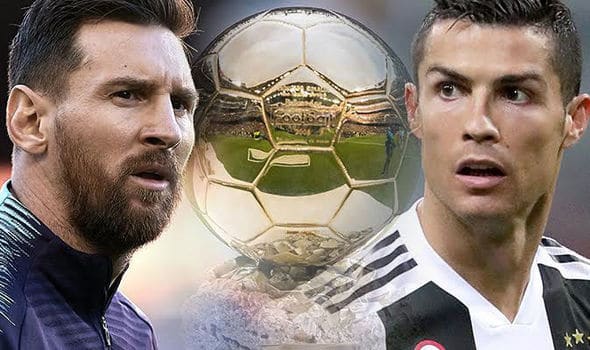 There were two vacant seats in the front row as Luka Modric was crowned at the 2018 Ballon d'Or ceremony which brought the curtain down on a dominant era of Lionel Messi and Cristiano Ronaldo while signalling the beginning of a new one.

It has been reported severally that Messi and Ronaldo would finally be toppled off their perch on Monday night, and they both rejected the invitation to witness their own overthrow at the decadent Grand Palais in Paris.

Portugal and Juventus star Ronaldo came closer than his counterpart to keeping the tradition going, finishing second, but was still some way off denying Modric of his deserved prize receiving 476 points to the Croatian's 753. There have been no words yet from the man himself but it seems that Portugal are fraught with accepting the decision by insisting ‘we all know' that Ronaldo is the greatest of all time in a post on social media in the immediate aftermath of the ceremony.

His other sister Katia also appeared bitter, posting a picture of Ronaldo with an earlier Ballon d'Or and writing alongside it: “Best player in the world….for those who understand football of course.”

For Modric, receiving the ultimate recognition for an amazing 2018 was the icing on the cake.

‘I have such sensational emotions that I can't really describe,' said Modric, who credited the four years he played for Tottenham being key to his development.