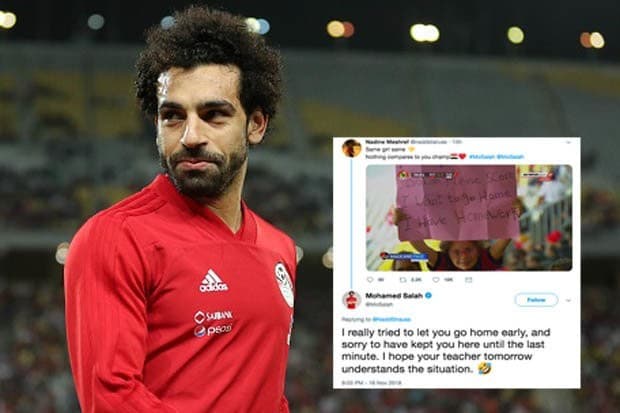 Out of the blue the Egyptian international posted what appeared to be a New Year's resolution tweet, ignoring the fact he's sent the message a little bit late.

Breaking his social media silence after nearly two weeks, the Liverpool attacker wrote: “2019 Resolution: Time to get in touch, for real.”

No one can access Salah's Twitter page where the tweet existed. Tandle was once ‘@MoSalah' and now it simply comes up with a ‘Sorry, that page doesn't exist!'.

Another said: “Get in touch with who Mo?”.

However, some fans think that Salah may have dropped a cryptic hint that he wants to resolve his quarrel with the Egyptian FA.

The dispute first started last year after a photo featured on the outside of the national team's official plane, provided by official sponsor ‘WE' – despite his own individual sponsorship deal with rival telecommunications firm Vodafone.

Salah, in last November, posted a black-and-white picture on his Facebook, Twitter and Instagram pages of him in his Egypt kit with his head bowed down.