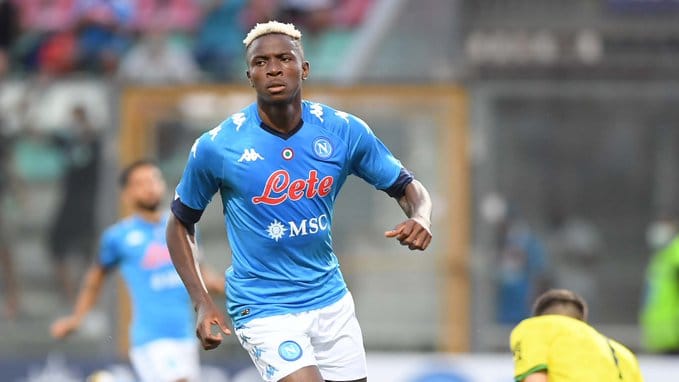 Former Juventus defender Pasquale Bruno has hit out at Napoli and claimed that Nigerian striker Victor Osimhen is their only real player.

The Partenopei were on top of the Serie A on three different occasions this season but failed to maintain that spot, costing them a first Serie A title since 1990 when Diego Maradona led them to the title.

An injury to Osimhen in the middle of the season affected the team greatly, as they were unable to perform in front of goal. The 23-year-old is still the team's top scorer in all competitions this season despite a three months absence from action.

Luciano Spalletti's men have been largely inconsistent this season and it has drawn a lot of criticism from all circles. The latest to criticise the team as the Serie A wraps up is Pasquale, who played for Juventus from 1987 to 1990.

Pasquale blasted the team for failing to show the same hunger that Osimhen shows game in game out, after playing some of the best football in the league at the early stages of the season.

“Napoli has only one real player, and he is Osimhen, the others none,” Bruno said.

He then went on to specifically mention African Cup of Nations winner Kalidou Koulibaly as being too soft this season, betraying his reputation for being a no-nonsense defender. Bruno also took a swipe at Napoli hero Lorenzo Insigne for his decision to move to the MLS which he made and announced in the middle of the season.

“Koulibaly? No, he is a great defender, but he is too nice, he has no character, and he is never angry.

“Osimhen has thrown away his mask and demonstrates how to win, not like that kind of footballer who is on his way to Canada.”

Meanwhile, Osimhen has promised Napoli fans that his team will fight to win the Serie A next year after another disappointing season of almost coming close to the title.

Osimhen, who has 17 goals from 39 games in all competitions this season, notes that the players were disappointed with the way the season turned out, but also assured them that Spalletti's methods work and will help them win the Serie A next year.

“I hope to continue with Luciano Spalletti as manager for many years,” Osimhen told local Italian media. “I wanna tell Napoli fans that we’ll fight to win the league next year; we can do it.”

December 22, 2022
May 12, 2022
Home Serie A Osimhen the only good player at Napoli, Italian football legend claims