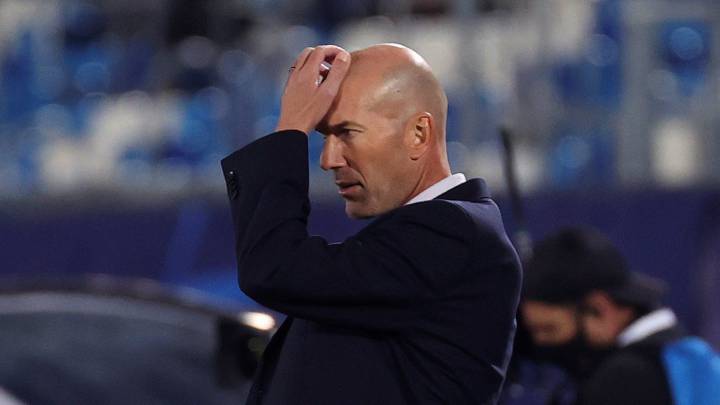 Real Madrid are reportedly readying Mauricio Pochettino and Raul as their next manager if they decide to sack Zinedine Zidane.

According to Spanish outlet AS, Los Blancos president Florentino Perez considers the pair viable replacements if he parts company with the under-fire Frenchman.

The report adds that Perez thinks Raul, who won 16 trophies in 16 years at the Santiago Bernabeu, is the ‘ideal option'.

Another option remains Pochettino, who has been without a team since he was axed by Tottenham last November.

The Argentine claimed last month that it was ‘his dream' to manage Los Blancos at some point in his career.

Zidane is already under intense pressure with just six games into the new season.

Real slumped to a 3-2 defeat in their Champions League opener against a Shakhtar Donetsk side missing ten players on Wednesday.

That performance came four days after they suffered a first domestic loss of the season as they fell 1-0 to LaLiga new boys Cadiz last weekend.

Both defeats came on home turf.