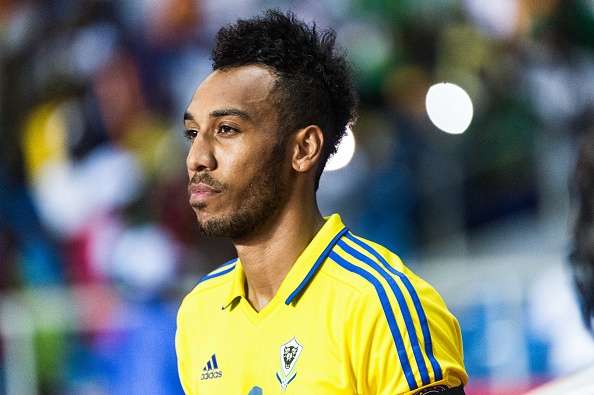 Arsenal star Pierre-Emerick Aubameyang is far from being impressed with African football authorities after the Gabon squad were ‘held hostage' at a Gambia airport just hours before an important qualifier.

The squad, which also contains Fulham star Mario Lemina and former Sunderland midfielder Ibrahim Dong, spent six hours at the Gambia airport amid reports that their passports had been held by staff.

Images of the fed up players lying on the floor have circulated online, with the squad said to have been stopped at around 11pm local time last night, before being released at 6am this morning.

And the Gunners star took to social media to air his grievances with the way his squad had been treated by the authorities.

‘What a great night at the airport,' the 31-year-old tweeted to the Confederation of African Football.

‘Just want to know why Gambia keep our passports for Hours and they keep us at the Airport are we hostage or what ?

‘Are you gonna close your eyes ? Want to see the Next Episode of this Film,' he added.

Gabon take on Gambia in the AFCON qualifier at 4pm GMT, with confidence high having defeated their rivals 2-1 in the reverse fixture last week.