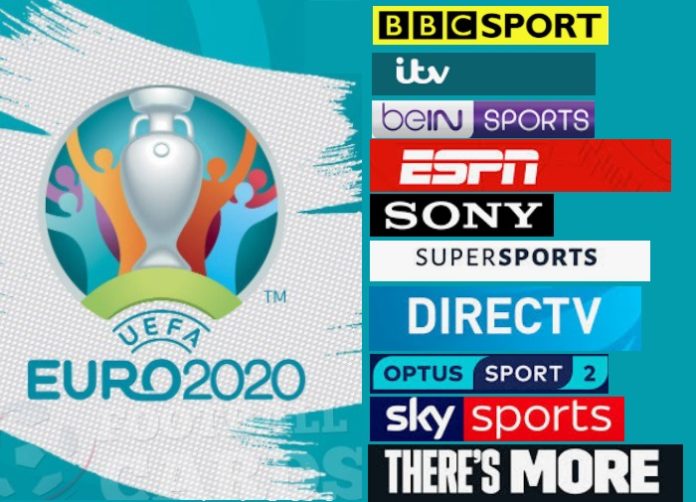 What are the ways and steps for Streaming Euro 2021 Games Live?

Football is the world’s most popular game with approximately 3.5 billion fans.

Since the leagues in Europe are the most discussed in the world of football, it is sensible to say a big chunk of the game’s fans will follow Euro 2021.

Big names like Cristiano Ronaldo, Bruno Fernandez, Eden Hazard, and Robert Lewandowski will participate in games for their various countries.

However, with the issues caused by the pandemic, it had to be shifted to 11 June 2021.

The games which are held once every four years in the same fashion as that of the Football World Cup will be held in 12 UEFA countries.

Depending on whether lockdowns will be in effect in various countries, most people will likely stream the Euros online.

SEE ALSO | How To Play Bet9ja: A Practical Step-by-Step Guide

The Biggest Games of Euro 2021

There are 24 participating countries in 6 groups labeled Group A to F.

in Group A, the Welsh team will slug it out against Italy.

The world is watching to see if Gareth Bale, who has been in fine form since his Tottenham return, will lead his team to victory.

In Group B, the Belgian national team stacked with Eden Hazard, Thibaut Courtois, and Romelu Lukaku are expected to cruise past the opposition.

Group C contains one-time winners of the cup, Netherlands, who are also expected to experience little to no trouble progressing.

The Spanish team in Group E is also tipped heavily to top the rankings. However, with a game against Lewandowski-led Poland on June 19, it may not prove to be so easy.

Group F, which is the feared ‘Group of Death,’ contains football giants like Portugal, France, and Germany.

Portugal, the reigning champions, are spearheaded by Cristiano Ronaldo flanked by stars like Bruno Fernandes and Bernado Silva.

Even though Germany suffered a 6-0 loss at the hands of Spain in 2020, they’re still favorites to progress.

France, the World Cup champions that made it to the last Euro Championship finals, will have tough fights with the 2 other top teams in the group.

Because of the pandemic, it is highly unlikely that there will be spectators at the matches.

Hence, it makes more sense for people to stream the matches online. Several platforms like ESPN, BBC, and ITV will be streaming these games.

Depending on the platform, you may have to pay to watch the Euro 2021 games.

However, potential viewers in some parts of the world could be restricted from streaming the games.

There are geo-restrictions set in place by these streaming services to stop people in certain regions from using the services.

You can bypass these geo-blocking techniques with a VPN service.

A VPN allows you to connect to a server in a different location.

This way, the website will see your IP address as one from the region you’re connected to.

You’d enjoy the same privileges as those living in the location.

It’s best to connect to a country where the streaming service you’re using is located.

For instance, the BBC is located in the UK.

With the Euro 2021 games coming up, football fans don’t want to miss out on the action. Since there may be no spectators present, most people will stream the games.