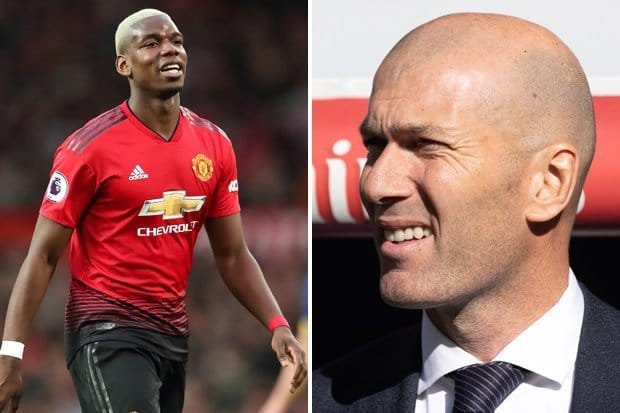 Paul Pogba could quit Manchester United this summer if they fail to qualify for the Champions League, that's according to former Liverpool midfielder Jamie Redknapp.

The World Cup winner was heavily linked with a move away last year after falling out with Jose Mourinho.

There have been suggestions that Real Madrid manager Zinedine Zidane could target Pogba in his summer rebuild.

With United facing a fight to finish in the top four, Redknapp believes the midfielder could be tempted to leave the Premier League.

“Paul Pogba has been in stunning form since Man Utd sacked Jose Mourinho I would not be surprised if he wanted to leave. He may well feel that this summer is the right time to leave,” he told the Daily Mail.

“Failure to qualify for the Champions League may not prevent United from attracting the best players but it could convince Pogba to go.

“But I would not be surprised if he wanted to leave for other reasons. I cannot think of another player in the Premier League who has divided opinion as much as Pogba.”

“The spotlight would be on him even more in Spain but he may feel he has never been fairly treated in England.”

“Should Madrid offer the £89m United paid for Pogba, the club may well be tempted to cash in but that would be a mistake.”

“If United do keep him, they must make him feel a central part of the club's future.

“I have argued before that they should make him captain and, with club captain Antonio Valencia set to leave, this is the perfect time to give Pogba the armband.”