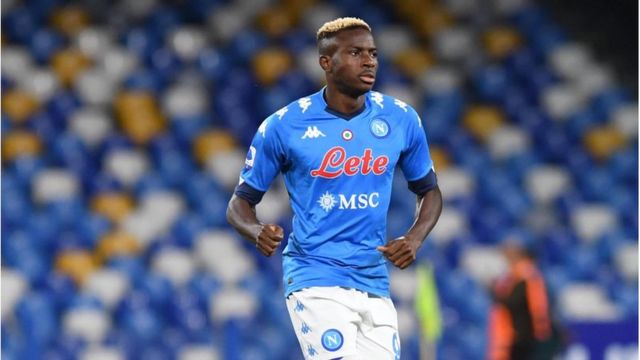 AC Milan defender, Fikayo Tomori, has spoken about how difficult it is to mark Victor Osimhen after the Rossoneri's 1-0 victory away to Napoli on Sunday.

Both sides met in a high stakes top of the table clash on Sunday and Milan emerged victorious after Olivier Giroud pounced on a loose ball to score from close range for the visitors.

Before and after the goal, Victor Osimhen continued to threaten the Milan defence and Tomori noted how hard he, along with his defensive partners, had to work to keep the Nigerian striker at bay.

The Nigerian-born Englishman, who could have been Osimhen's teammate at international level, almost gave away a penalty when he clipped Osimhen's heels in the box. VAR was not consulted.

Tomori was able to match Osimhen's intensity, however, but he praised the striker's abilities in his post match comments.

“There are many strong forwards in Serie A, obviously Osimhen, tonight's opponent, is very strong: fast and difficult to mark,” he said.

“But there are also Beto, Lautaro, Dzeko, and many other strikers in this league. All very strong. But both when I play with Pierre and Alessio we play our game to avoid threats”.

Juventus legend names Osimhen as one of Serie A' best strikers

Osimhen performed very well against a resolute Milan defence at the Diego Armando Maradona Stadium in the top of the table clash but it wasn't enough to strengthen the Neapolitans’ hold at the summit.

The Super Eagles striker ran around and chased every ball despite being isolated up format for most of the game, as has become typical of his time at Napoli.

His doggedness also helped him create a few opportunities for himself during the game.

Andrea Barzagli, former Juventus defender, noted after the game that Osimhen is one of four strikers in the Serie A who would give any defender in the world issues.

“I say Vlahovic, Osimhen and Abraham, as well as the usual Immobile. Rome has it all, it’s perfect for the Giallorossi’s game just as Osimhen is perfect for the Azzurris, ” Barzagli told DAZN.

Elsewhere, Osimhen will be joining up with the Super Eagle next week in preparation for the upcoming clash against Ghana for a spot at the FIFA 2022 World Cup.

The striker missed out on Nigeria's African Cup of Nations outing in Cameroon due to injury and will be returning to a squad which will have quite a few new faces than he is used to.

Former Nigeria international and Super Eagles coach, Samson Siasia commented on this fact on Brila FM, expressing his displeasure at the altered list which has quite a few new additions.

The list contains the names of 25 invited players and seven standby players in the case of any absence from the original 25.

Osimhen, while a key part of the Super Eagles squad, is one of the returnees and will join up with another returnee in Oghenekaro Etebo. Newbies Akinkunmi Amoo and Ademola Lookman are also included in the squad.

“For me it’s not the right decision to bring new players, you are better off with the ones you know already that have been playing together and understand themselves because you have three days to practice before you go to Ghana. So for me this is not the right list.”

The Super Eagles will travel to Cape Coast for the first leg that holds on the 25th of March before welcoming the Black Stars to the Moshood Abiola Stadium in Abuja four days later.

All players, including Osimhen, will be expected to leave their clubs after next weekend's action for the international break. 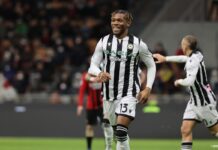