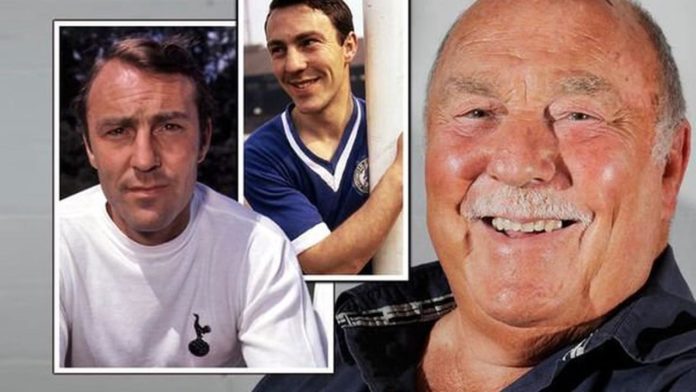 World Cup winner and record scorer for Tottenham Hotspur, Jimmy Greaves has died at the age of 81.

Greaves, who had used a wheelchair since suffering a stroke in 2015, scored 266 goals in 379 appearances for Spurs.

The North London club confirmed his passing in a statement this morning.

“We are extremely saddened to learn of the passing of the great Jimmy Greaves, not just Tottenham Hotspur's record goalscorer but the finest marksman this country has ever seen,” read a Spurs statement.

“Jimmy passed away at home in the early hours of this morning (Sunday 19 September), aged 81.”

Greaves started his professional career at Chelsea, for whom he scored 125 goals in 157 league appearances.

After departing Spurs, Greaves played for West Ham, before seeing out his career at non-league sides including Brentwood and Barnet.

Having played in each of England's three group games at the 1966 World Cup, injury ruled him out of the knockout stages of the competition.