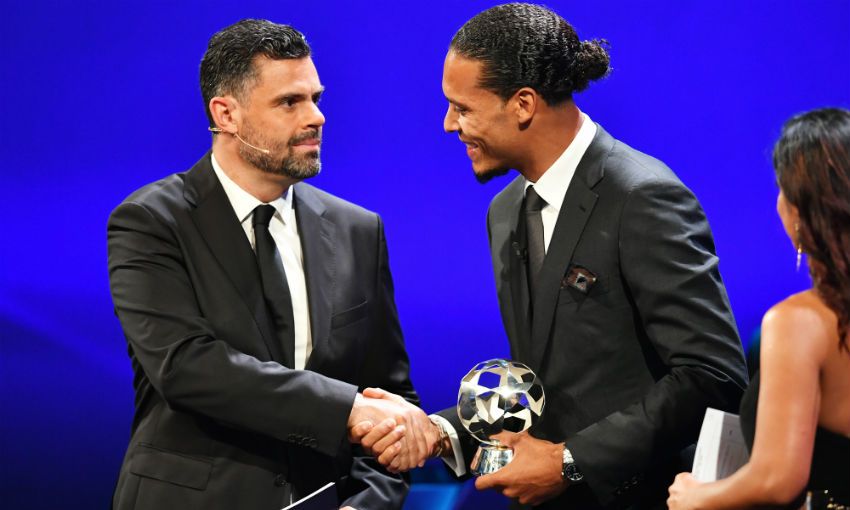 Liverpool's Virgil van Dijk has won the Defender of the Season award for the 2018/19 UEFA Champions League campaign.

The Dutchman was a colossus as the Reds won their sixth European Cup, and was named man of the match following his imperious performance in the decider in Madrid.

The 28-year-old also scored key goals on the way to the final, using his height and presence at both ends.

Here is the defender of the Season top ten:

According to UEFA.com, here is how Van Dijk was chosen:

The jury comprised the coaches of the 32 clubs in the 2018/19 UEFA Champions League group stage, together with 55 journalists selected by the European Sports Media (ESM) group, representing each of UEFA's member associations. Coaches were not allowed to vote for players from their own teams.

Jury members chose their top three players per position, with the first receiving five points, the second three and the third one. The player who received the most points in each category was named the winner.