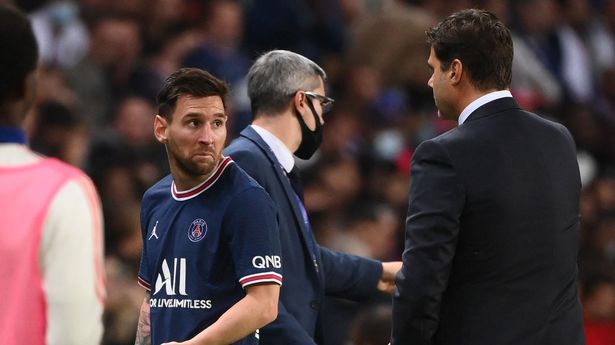 Messi was outstanding in the first half at the Parc des Princes but began to fade after the break and was replaced by Achraf Hakimi for the final quarter-of-an-hour with the score at 1-1.

“Everyone knows we have great players, a squad of 35. It is my decision. We can only have 11 players on the field at one time,” Pochettino said.

“I only think about the best decision in each game, for each player, just as every coach does.

“We are here to make decisions. Sometimes people will be happy with them, sometimes they won't be.”

Messi appeared to have rejected Pochettino's hand as he walked past his coach towards the Paris bench.

Pochettino dismissed any suggestion the six-time Ballon d'Or winner was unhappy, saying: “I asked him how he was and he said he was fine.”

Messi is still looking for his first goal since his shock switch to Paris from Barca.