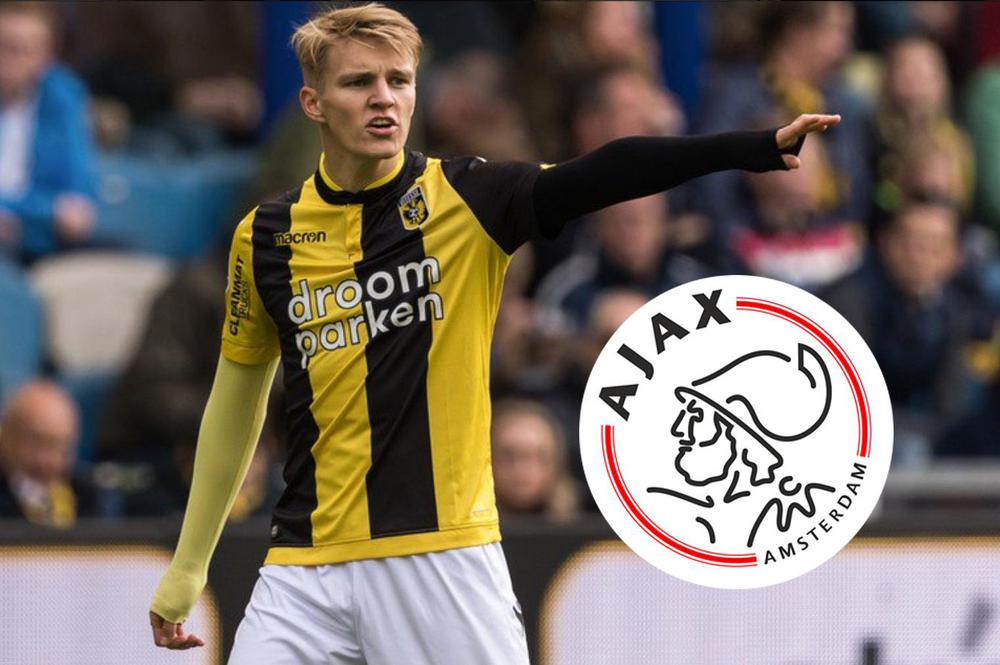 Martin Odegaard has emerged Ajax's transfer target as they attempt to replace Frenkie de Jong, according to reports.

The Norwegian has impressed on loan at Real Sociedad this term and is now top of Ajax’s transfer wish list.

The 21-year-old Real Madrid midfielder joined the San Sebastian side on a two-year loan deal in the summer and – according to Spanish outlet Marca – was a target for the Dutch giants after they offloaded De Jong, 22, to Barcelona for a massive £65million.

And despite Real’s eventual decision to send him on loan to another LaLiga side to get used to Spanish football, the Eredivisie champions are still said to be keen.

Amid Ajax's reported interest, Sociedad recently insisted there is “zero chance” Odegaard will return to Real despite reports suggesting Los Blancos are ready to recall him.

GoalBall understand Madrid have the option to recall Odegaard in the summer, with Zinedine Zidane’s side viewing the playmaker as the natural successor to Luka Modric.

In the end, the decision will be in the youngster's hands, but Sociedad president Jokin Aperribay continues to maintain that Odegaard is going nowhere next season.