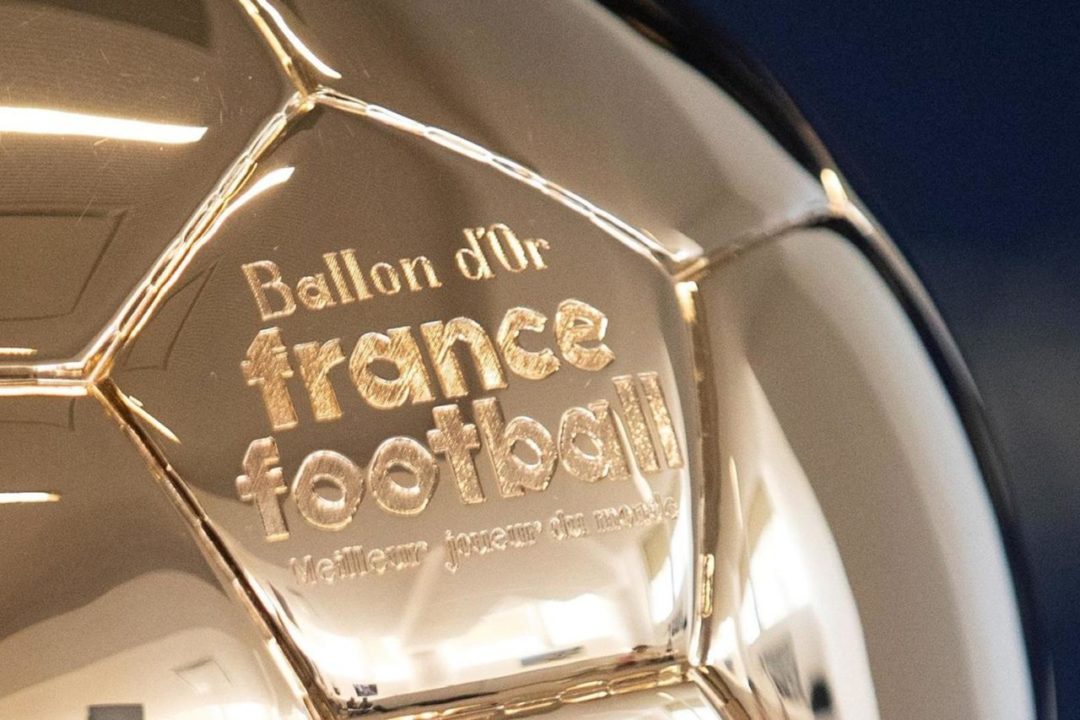 To win the Ballon d'Or you need to have been the best player on the planet for a calendar year.

Over the last 25 years, we've seen some special performances rewarded with the trophy, but some have been better than others.

90min.com delved a little deeper, got nit-picky and ranked all the winners to see whose season was the best.

Matthias Sammer was obviously good during the 1995/96 season, but it was a little surprising to see him pick up the Ballon d'Or in 1996 ahead of Brazilian Ronaldo.

He was part of a Borussia Dortmund side who dominated domestically but made very little impact on the European stage.

However, his role in steering Germany to glory at Euro 1996 effectively won him the honour in a (Messi-less) period in which success at a single tournament was usually enough for you.

African legend George Weah was distinctly average in Ligue 1 with Paris Saint-Germain and failed to win the league title, but he did most of his best work in the Champions League.

PSG made it to the semi-final where they were comprehensively beaten by AC Milan, but Weah still finished as the competition's top scorer.

A spectacular solo goal against Bayern Munich in November 1994 probably played a huge part in this award win, which became symbolic as the first (and to date only) to go to an African footballer.

Another slightly confusing victory. The Juventus midfielder was good in the 2002/03 season, leading his side to Serie A glory and the Champions League final, but it wasn't the kind of outstanding season which we've come to expect from Ballon d'Or winners.

The fact that he spent the majority of his acceptance speech admitting he felt he had no chance of winning and pretty much everyone else on the shortlist deserved it more tells you everything you need to know.

Thierry Henry can feel a little hard done by that year after excelling at club level.

The pre-Chelsea Andriy Shevchenko was a dominant striker, and his 24 goals in the 2003/04 season were enough to fire AC Milan to the league title, but…

He was underwhelmed in the Champions League, watching his side implode in the quarter-final in their own ‘Corner Taken Quickly' sort of way, and his Ukraine side didn't even reach Euro 2004.

It was, seemingly, just for his 24 league goals.

Michael Owen's goals for Liverpool that year were obviously huge and came with plenty of success, but it's not like he'd won the league or Europe's top prize…or an international tournament.

When he led his country to glory at the 2006 World Cup, it always felt like Italy's World Cup-winning captain Fabio was going to win the Ballon d'Or.

He was hugely impressive at club level with Juventus, who went on to win the 2005/06 Serie A, only to have that honour stripped as a result of the Calciopoli scandal, so a positive year soon turned into a kinda mixed one…

Again, Arsenal hero Henry was a touch unlucky to miss out, as was Barcelona superhero Samuel Eto'o.

He won the World Cup and the Golden Boot despite playing only 17 league games in the three previous seasons due to serious knee injuries.

This is sort of a reverse Shevchenko. Ronaldo was not great in the league in 2001/02, featuring in just ten games as a result of injury (although he did manage seven goals in that time), but then he erupted at the 2002 World Cup. Erupted.

He finished with eight goals in seven games, including both goals in the victory over Germany in the final, and easily looked like the best player in the world. He just didn't really show it for the rest of the year.

Rivaldo was huge for Barcelona in the 1998/99 season, racking up 24 goals and 14 assists in 37 appearances to steer his team to La Liga glory, but that was about it.

Barcelona didn't win any other silverware, exiting the Copa del Rey in the quarter-finals and failing to even make it out of the Champions League group stage.

To top it all off, he wasn't even the league's top scorer, finishing one behind Real Madrid's Raúl.

In 2018, it felt as though people were desperate to see Luka Modrić's impressive career rewarded with a Ballon d'Or victory before he started to decline, so anything positive he did was amplified on a global scale.

Leading Croatia to the World Cup final was a huge achievement, and pulling the strings in Real Madrid's midfield as they won the Champions League deserved a lot of credit, but the romantic narrative took over a little bit on this one.

2006/07 AC Milan's Brazilian midfielder Kaka is the perfect example of a player who took Europe by storm but maybe didn't do it enough to truly merit top spot on the podium…at least by the standards of the two men who would later usurp him as the world's best.

He was truly superb in the Champions League as AC Milan breezed through the competition en route to glory, but his team were well out of the Serie A title race and were fortunate to snatch a spot in the top four.

He scored ten goals in 13 European games, but then managed just eight in 31 in the league. Go figure.

Another Ballon d'Or winner who owes his success to the World Cup, Zinedine Zidane was the globe's biggest star after the summer of 1998, in which he led France to glory in emphatic fashion.

Lionel Messi was impressive during the 2009/10 season, but his Ballon d'Or victory will always be shrouded in controversy as many felt Wesley Sneijder. The Dutchman didn't even make the top three, despite dominating as part of José Mourinho's treble-winning Inter side.

There were also plenty of calls for runner-up and World Cup final goalscorer Andres Iniesta to take the award too.

Anyway, back to Messi. He was fantastic in La Liga, firing 34 goals in just 35 outings, but missed out on any other trophies, so seeing him win the Ballon d'Or came as a bit of a surprise. Just a bit though.

In the 2004/05 season, there was no finer player than FC Barcelona's Brazilian Ronaldinho. Whenever he was on the pitch, he proved why he deserved the Ballon d'Or.

He might not have put up superstar numbers as he led Barcelona to the league title, but it's not all about stats. Nobody could hold a candle to him that year, and his performances during the season are largely why many see him as one of the greatest of all time.

2000 was a busy year for Luís Figo. He spent the first half of it proving himself as the greatest player on the planet at the time, before spending the second half avoiding severed pigs heads which were thrown at him after he swapped Barcelona for Real Madrid. Wild.

Another of those who didn't need mind-boggling statistics to back him up, Figo was hugely unlucky to come away from the 1999/00 season without any silverware. Nobody in Spain came anywhere close to his level, and his ability to create chances out of nothing led Barcelona all the way to the Champions League semi-final.

However, he didn't win Real Madrid's Player of the Year in 2000. That honour went to Fernando Redondo.

Lionel Messi's Ballon d'Or victory in 2009 moved the goalposts. Because of him, any player who wants to win the prize these days effectively has to lead his team to the treble. It's a new standard.

The Argentine's tally of 38 goals and 18 assists was actually quite poor by Messi's ludicrous standards, but it was obviously enough to lead Barcelona to glory in La Liga, the Champions League and Copa del Rey.

Hard to argue with this one.

Ronaldo was many people's favourite to win in 1996, so his triumph in 1997 felt like justice had been served. After all, the world was the Brazilian's oyster back then.

In his only year with Barcelona, Ronaldo fired home 47 goals in 49 games as his side lifted the Cup Winners' Cup and Copa del Rey. Not only was he the best striker around, but he was easily the best player in general.

In 2019, we all knew what to expect from Messi. The Argentine is all about goals and trophies, and that's what we got in the 2018/19 campaign.

He ended with 51 goals in 50 appearances, the La Liga title and the Copa del Rey to show for his efforts, but somehow it's not even close to his best campaign.

The Copa del Rey is obviously a prestigious trophy, but leading your team to Champions League glory deserves a little more credit, and that's why Cristiano Ronaldo's victory in 2008 sits ahead of 2019 Messi here.

He managed 42 goals that year, leading Manchester United to Europe's biggest prize alongside the Premier League trophy, which is why Real Madrid decided to shatter the transfer record to sign him. That's the ultimate sign of a job well done.

Like 2008 Ronaldo, 2011 Barcelona's Argentinian forward also won the league and the Champions League, but the Argentine did so by racking up 53 goals and 24 assists in all competitions.

This was his third consecutive Ballon d'Or victory, so it didn't even come as a surprise anymore. Messi was untouchable and everyone knew it.

Having sat back and watched Messi's grip on the trophy get stronger with each passing year, Ronaldo knew he had to do something special to wrestle the Ballon d'Or back in 2013. Well, that's exactly what he did.

His Real Madrid side might not have won any trophies, but 55 goals in 55 games spoke for itself. Dominance personified.

In 2015/16, Ronaldo managed to average more than one goal per game, but he added the Champions League trophy and Euro 2016 glory this time. His status as the best in the world that year was never in doubt.

He managed three hat-tricks in Europe and a further three in the league, and several of those hauls actually turned into four or five goals. Ronaldo was simply unstoppable.

Injuries threatened to derail Ronaldo's 2016/17 campaign, but even as he battled various niggling muscular problems, he still led Real to La Liga and Champions League success.

Ronaldo was single-handedly responsible for getting Madrid through each knockout round in the Champions League, bagging the winners all the way from the quarter-final to the final. He looked more like a machine than a human.

Ronaldo's 2013/14 campaign was all about the quest to end Madrid's 12-year wait for the Champions League trophy, so he put his side on his back, scored in all but one of his appearances and shattered goalscoring records to get what he wanted.

Trophies for days. Messi's Barcelona won yet another treble in the 2014/15 season (the second of Messi's career), and his form was crucial to that.

58 goals and 28 assists in just 57 appearances was bonkers and made him a worthy winner, but that pales in comparison to…

2012 Messi was undoubtedly one of the greatest players in the history of football. At club level, he scored 73 goals in one season. Over the entirety of 2012, the Argentine bagged 91 for club and country. 91.

Numbers like that demand individual accolades and nobody could argue. The fact that Barcelona came up short in both the league and in Europe didn't even matter.

If somebody can score 73 goals in one campaign, they win the Ballon d'Or. Even in that suit. Case closed.