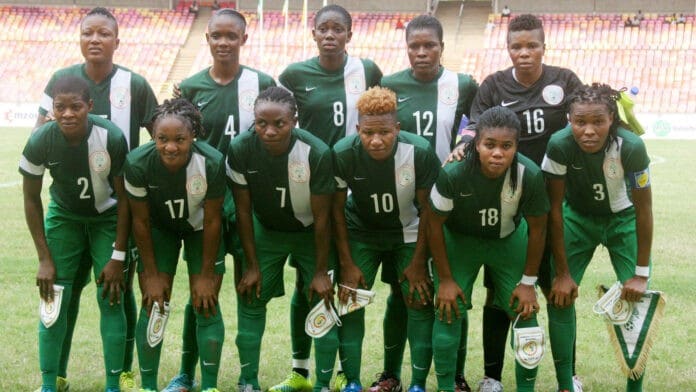 Who are the top 5 richest female footballers in Nigeria? You thought our women footballers are paupers? Well, I’m glad to say it loudly to your face that you’re absolutely WRONG!

I will prove it to you in this article where I have compiled the top 5 richest female footballers in Nigeria.

Here you’ll find who the highest paid female soccer player is 2020/21, as well as their net worth.

Onome Ebi is a Nigerian female professional footballer who plays for Henan Jianye in China.

Charity Adule is a Nigerian female professional footballer who currently plays for the female outfit of Spanish side Eibar and the Nigerian women’s national team.

Adule is one of Nigeria's female footballers with a net worth estimated at $1.4 million.

Born on June 20, 1997, Uchenna Kanu is a Nigerian professional footballer who currently plays for Linköpings in the Sweden women league.

She has played for two clubs, Pensacola F.C. and Sevilla, before signing for Linköpings.

Her success in the field is reflected in her pay, as she has an estimated network of $1.8 million.

Francisca Ordega, born on October 19, 1993, is a Nigerian female professional that plays for Shanghai Shenhua in the Chinese women's super league.

She had previously played for seven clubs before joining the Chinese outfit, with Atletico Madrid's female outfit been the most notable when she joined them on loan.

Ordega played for local side Bayelsa Queens from 2011-2012 during her youth.

She represented Nigeria in the FIFA Women's World Cup and African Women's Championship and has been nominated for African best female footballer.

Francisca is the second on our list, with Her estimated network pegged at $2.1 million.

While playing for Liverpool, her manager Matt Beard named her among one of the best in the world, but there were speculations she was not happy at Liverpool.

She joined Arsenal ladies shortly afterwards and, in less than a year, was loaned to F.C. Barcelona Femini. She completed a full move on May 31, 2019.

The Ikorodu born footballer is a recipient of numerous awards and trophies, including winning Golds in African championships in 2014, 2016, and 2018 while representing Nigeria in Namibia, Cameroon, and Ghana.

She was named the best player and highest goal scorer at the 2014 FIFA U-20 Women's World Cup.

Oshoala is the wealthiest active footballer on this list, with an estimated net worth of $3 million.

If you want to controvert this my list of the top 5 richest female footballers in Nigeria, feel free my friend to do so in the comment box.