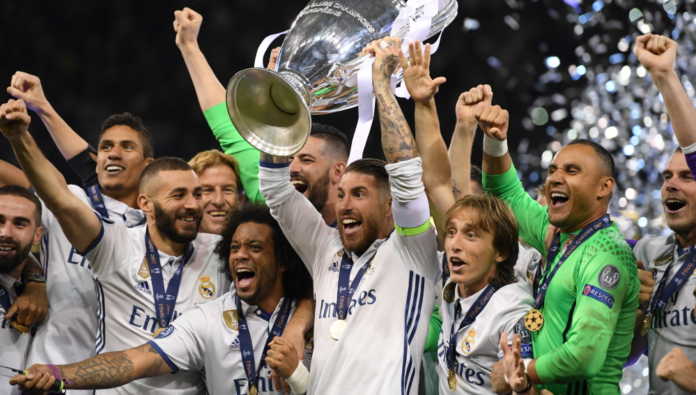 Who has won the Champions League the most times? And who won the first Champions League? These questions and more are been asked by fans and I'm going to answer them with this Champions league winners list article that I'm about to share with you.

Also, who are the Champions League winners? I have made a list of them from inception (1956) to date.

But before we get to see who the UEFA Champions League Past winners are, let's see how it all begun.

If you have been looking for the UEFA champions league winners list that will show you all the winners, runners-up, the coaches who guided the teams to glory, how many times each club and coach won the title and so on, from inception till date then you need to read on.

Until recently, i.e. the 2013-14 season to be précised, that was the first time the tournament allowed teams from the same city to feature.

Same clubs faced each other again in 2016 final, and in 2000 season, two Spanish teams battled in the final, however, they were from different cities.

WHO HAS WON THE CHAMPIONS LEAGUE THE MOST TIMES?

From the inception of the Champions League, Real Madrid is the club who has won the title the most, after being crowned 13 times including the introductory competition in 1956. The other three clubs who have come close to Real are AC Milan (7), FC Bayern München (5), as well as Liverpool who has the same record as Bayern, winning it five times too.

The 2018-19 Champions League final is expected to be played at the Wanda Metropolitano stadium in Madrid.

See the list of all Champions League winners since 1956 below.

That is all UEFA Champions League winners from inception till date.