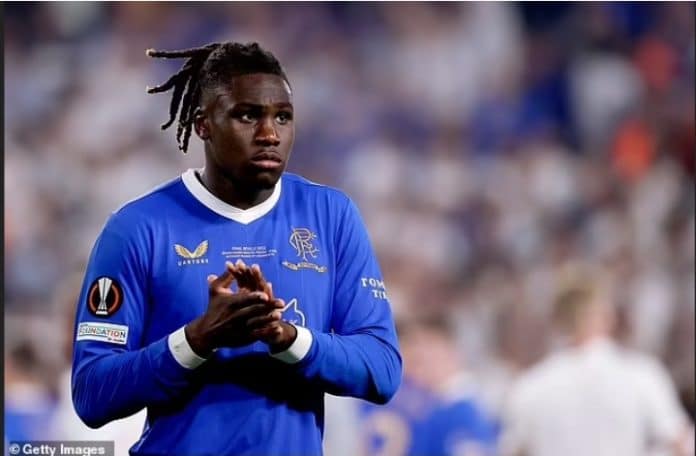 Rangers defender Calvin Bassey has settled for Ajax and the deal is expected to be completed in the next few days.

The 22-year-old was signed from Leicester for £230,000 two years ago and until last November was mostly used as a reserve left-back to Borna Barisic.

This transfer deal will guarantee Rangers over £20million and there is a 10 per cent sell-on that has also been negotiated.

But it was clear to other clubs what kind of offer could land the defender, which led to several enquiries being immediately rejected before Ajax's proposal was accepted.

Bassey’s performances in central defence on the road to the Europa League final caught the attention of clubs all over Europe and he will now become Rangers’ record transfer sale.

Bassey, out of all the options he had, decided to settle for Ajax due to their history of developing young players and the opportunity to continue playing regular first-team football.

The Dutch side are expected to lose Lisandro Martinez and the Nigerian is just the perfect replacement for the Argentine defender.

Talks have progressed with Rangers sporting director Ross Wilson in recent days and the outline of a deal was negotiated, meaning Bassey was left out of the squad that faced Blackpool in Saturday’s 2-1 friendly victory.

It will be the most Ajax have ever spent on a defender and will comfortably break the £16.5million fee Rangers received for Nathan Patterson in January.

It is just over two weeks until Rangers play their opening Champions League qualifier with pre-season friendlies to come against West Ham and Tottenham Hotspur.

Van Bronckhorst has brought in five players this summer but Bassey’s imminent exit will leave him with another gap in the squad to fill, after Joe Aribo was sold this month to Southampton for a package worth up to £10 million in total.

By the time Bassey joins the Dutch champions, he would become one of the few Nigerians to have played for the team in recent years. The likes of Kanu Nwankwo and Finidi George both featured and won the UCL with the side.