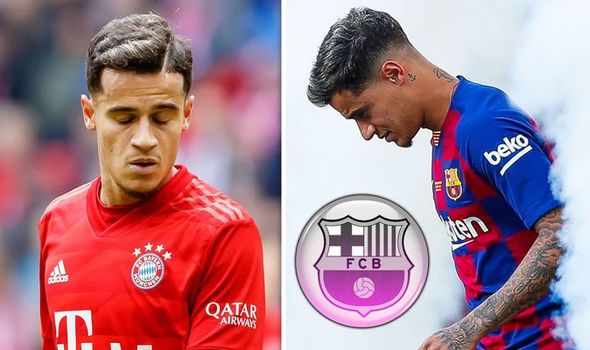 Bayern Munich will refuse the option to permanently sign Philippe Coutinho allowing him to go back to parent club Barcelona after his loan move.

According to German publication Bild, the Brazilian playmaker's stay in Bavaria will not be extended after failing to sufficiently impress Bayern’s hierarchy with his performances.

Coutinho has scored seven goals and notched seven assists in 23 games in all competitions this season.

But the German side have struggled in the Bundesliga this term and have a real challenge on their hands.

The Brazilian previously said he would like to extend his spell in Germany and a permanent deal was backed by a number of his Bayern team-mates in December.

However, it is understood he will need an outstanding second half of the season to secure a long-term future at the Allianz Arena.

With Ernesto Valverde gone and a new man, Quique Setien at the helm this could be the perfect way for Coutinho to get his career back on track at the Nou Camp.