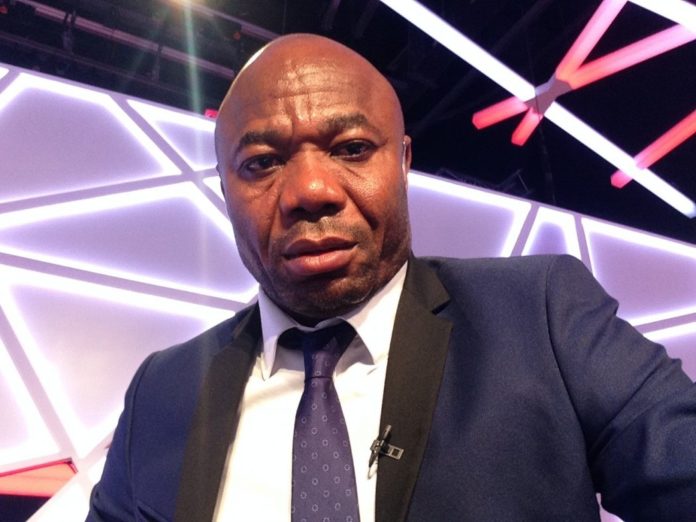 Emmanuel Amunike is a former Nigeria Winger and coach born on the 25th of December 1972 to Mr. and Mrs. Michael Amunike in Eziobodo of Owerri West local government area, Imo State.

Amunike as a footballer enjoyed a couple of successful spells for both club and country. He played for a couple of top European team clubs, including Zamalek, Sporting CP, Barcelona, and Albacete.

He was a first-team player in all of these clubs, except in Barcelona, where he regularly came off the bench.

At Zamalek, he scored a total of 26 goals out of 71 appearances in a spell that lasted three years.

In sporting CP, he played for two years but could only manage 17 goals in 51 appearances.

After a lukewarm last season with sports, he transferred to Barcelona, and in the four years he spent with the Catalans, he could only manage 19 appearances and scored just one goal.

He then pushed for a transfer to Albacete in 2000. He spent two years with Albacete, had 17 appearances, and scored only one goal.

For the National team, Amunike featured 27 times for Nigeria and scored nine goals.

He participated in the 1994 FIFA World Cup held in the United States and scored against Bulgaria and Italy. He was part of those who won the 1994 Africa Cup of Nations in Tunisia and was eventually voted African Footballer. He also won Gold in the 1996 Summer Olympics in Atlanta.

Emmanuel Amunike was part of the Golden age generation of the Super Eagles and enjoyed playtime with some of the greatest legends to have ever worn the Nigeria jersey.

Two years after, he got his first coaching responsibility with the youth team of S.D Reocin.

From there, he became the assistant coach of Saudi Club Al Hazm and, after a short spell with Al-Hazim, returned to Nigeria and managed several home-based clubs.

In November 2009, he was coaching the ocean boys, which is a local club in Nigeria.

In August 2018, he was signed as Julius Berger FC head coach in Nigeria.

That same year, he was made the coach of the Tanzanian national football team.

Although he helped the team qualify for the 2019 Africa Cup of the nation, he resigned after the team lost all three games.

He is currently unemployed and is seeking to get his hands on a team that suits his style.

His father, Mr. Michael Amunike, and his brothers played football for Leisure, and a young Emmanuel enjoyed watching them play as a young boy, and it was from there he developed an interest and passion for football.

Mr. and Mrs. Amunike has five Sons, but only three are relatively popular and known publicly due to their career choice.

Pa Micheal Amunike died at the age of 86 in 2018, following a protracted illness in FESTAC town Lagos.

The well-known children of Mr. and Mrs. are Emmanuel, Kingsley, and Kelvin Amunike. The other two have never been publicly named.

Kingsley Amunike is a former Nigerian footballer who played for Landskrona Bois in Sweden and also had a short spell in Belgium.

Kelvin's last tie on the pitch was when he played for Portadown in 2017.

Emmanuel Amunike met his Spanish wife Fatima in Santander, Spain, during preparation for the 1994 World Cup when the super Eagles played against Racing de Santander.

He met her through his teammate Mutiu Adepoju whose wife was friends with Fatima.

In an interview with Punchng.com, Emmanuel Amunike stated that he didn't choose his wife because of her beauty or mere external qualities but because of her understanding and empathetic nature.

When asked if his family was happy with his choice to marry a foreigner, he said the decision was up to him as his wife wouldn't have to live with his parents and what mattered was their happiness.

He also stressed that God gives one a partner, and color or origin were not the most important consideration.

For him, all that mattered was the ability for both partners to build an understanding relationship, and he and his wife has been able to do just that as she is graciously okay with the fact that he may be home today and travel the next day.

Emmanuel and Fatima have two boys, Joseph and Mathew.

Emmanuel Amunike reportedly made a fortune from his club days though he, for one, has never really been open on what his salary cap was at the time.

Also, as a manager, he also made a small fortune after being an assistant coach in the oil-rich Saudi Arabia and his subsequent coaching career.

However, despite his football and managerial spells, Emmanuel has never been open on his net worth, which is more like a trend from almost all super eagles of his era.

He has kept mum on his net worth, which makes it almost difficult to estimate what the former super eagle player is currently worth.

The popular belief, though, is that it is worth somewhere between $3 million – $5 million

He does not currently earn a salary as he is out of a coaching job and has yet to get a call-up from any club or country.

Just like his net worth, Details on Emmanuel's houses or cars are extremely low.

While there is no doubt he has both of these, he keeps a low profile on social media, making it difficult for observers to get any real details on his house and cars.