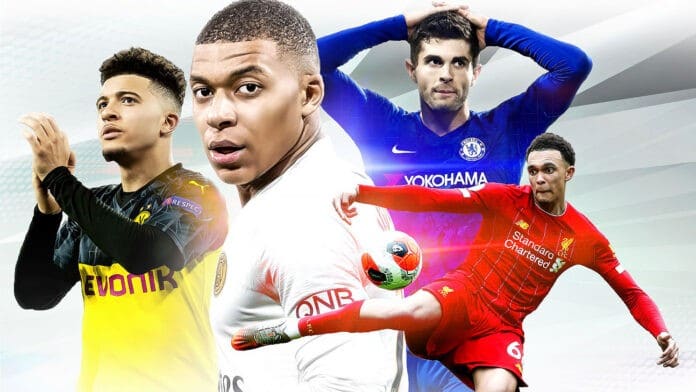 There are footballers who played for 2 different countries, do you know them?

In the king sport, it's quite common to change the color of a club shirt, but have you seen the players change their national team?

Before 1960, switching the national team was quite simple, but then FIFA introduced strict regulations on this.

Since then, changing the color of the national team shirt has been no longer easy.

Here are 10 footballers who played for 2 different countries that you may not have known.

10 footballers who played for 2 different countries

Dubbed the “silver arrow” for his distinctive hair color, the most glorious achievements in his career that Di Stefano had had mainly since he joined the Royal team of Madrid in 1953 and made an essential contribution to making this team the greatest football team of the twentieth century.

With Di Stefano, plus teammates Ferenc Puskas, Real Madrid won 5 consecutive European championship trophies from 1956 to 1960, a brilliant achievement, and Di Stefano himself also scored in all 5 finals.

The result has gone down in that history.

Di Stéfano played for 3 national teams, Argentina, Colombia (although he did not have a Colombia passport), and Spain, in which, with Spain 31 matches, scored 23 goals.

In November 2003, on the 100th anniversary of FIFA's founding, Di Stéfano was selected by the Spanish Royal Football Federation as the golden player of Spanish football, the most outstanding player of the country's football in 50 years.

In the 50s of the last century, along with talented teammates in the Hungarian team such as Zoltán Czibor, Sándor Kocsis, József Bozsik, and Nándor Hidegkuti, Ferenc Puskas created a powerful “empire” that rarely any ancient metal could match.

He had four times won the title of top scorer in the Hungarian championship, in which he became the most scorer in Europe in 1948.

After the political upheavals in 1956 in Hungary, the star nicknamed “super-speed major” moved to Spain.

From there, Ferenc Puskas became an essential part of a new “club-level” empire called Real Madrid – where he was honored with the brightest stars like Di Stéfano, Gento, Kopa, or Santamaria.

In Argentina, in 1901 Luis Monti was born in Buenos Aires. He is famous for having played in 2 FIFA World Cup finals against 2 different national teams.

He first played for Argentina to attend the 1924 Olympics, played an important role in inspiring La Albiceleste to reach the final, but unfortunately lost to host Uruguay in the final match.

That was when he moved to Italy to play for the Juventus club in 1931 and a year later was called to the Italia team, attended the 1934 World Cup final, and crowned the champion.

During his career as a player, Platini has played for the clubs such as Nancy, Saint-Étienne, and Juventus, scoring 224 goals in 432 games. During the time Platini played for the French team, he used to hold the title of “the best player” and “the top scorer” in the European Championship 1984.

Michel Platini once held the scoring record for the French national team (41 goals) before being broken by Thierry Henry in 2007.

He became the first player to win the European Golden Ball three times in a row.

A glorious career among the players who made their name in world football history.

Motta was born in São Bernardo do Campo, Brazil but his parents were both Italian.

During his career, Motta played for the Brazilian youth team.

He also played for the Brazilian team for the 2003 Gold Cup (the Caribbean North & Central American Championship and Brazil were guests).

In that tournament, Motta played two matches while Brazil won the Runner-up.

However, shortly after the end of that tournament, Motta stated he “did not want to play for the Brazilian national team”.

By 2011 the midfielder had the opportunity to play for Italy, his parents' hometown.

In addition to Belgian nationality, Nacer Chadli is also a Moroccan citizen.

Therefore, he used to play for the North African national team in November 2010.

In January 2011, Chadli announced his career as a player dedicated to the Belgian national team, and at the King Baudouin Stadium in Brussels, he scored his first international goal in the Euro 2012 against Azerbaijan on March 29, 2011.

Before scoring a 3-2 win over Japan, Chadli made 47 appearances for the national team and scored 5 goals for Belgium.

Costa was born in Lagarto, Sergipe, Brazil but never played professionally in Brazil.

In the national team, Costa played two matches for the Brazilian national team in 2013 before he decided to become a Spanish citizen and switched to Spain.

Costa has made 24 appearances under Spain and scored 10 goals here.

Wilfried Zaha has competed in many different countries. In 2012, Zaha was called up to England for a friendly match against Sweden.

In 2016, although Gareth Southgate tried to persuade him to stay in England, Zaha decided to play for his home team of Ivory Coast, right after that time he was called into the starting squad. In 2017, he debuted and made 17 appearances (as of 2020).

Declan Rice was born on 14 January 1999, who is an English professional soccer playing midfielder for the West Ham United club in the Premier League and the British national team.

Before that, he made three appearances for the Irish national team even though he was born in London, as his grandparents were of Irish descent.

The former American international played for all levels of the German team between 2001 and 2010. Jones played for the U20 and U21 teams and had three “Die Mannschaft” caps before moving to the US team.

Since making his new shirt debut in October 2010, he has made 69 appearances, scored 4 goals, and is one of the pillars of the team.

Those are my top ten footballers who played for 2 different countries. Most players begin to play football with the ultimate goal of being representative of their country.

However, from time to time, the players above, for many reasons either have emotional or better chances of advancement, which change their loyalty. And so you have them among the footballers who played for two different countries.