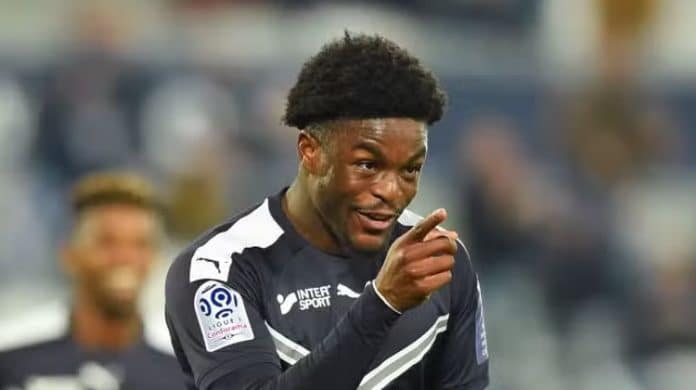 Striker Josh Maja has revealed his intention to remain with Girondins Bordeaux amid interest from La Liga side Real Valladolid following his brilliant form with the French Ligue 2 division side.

The former Stoke City striker has revealed that talks are underway to extend his contract with Bordeaux, despite interest from Valladolid owner Ronaldo de Lima.

It was earlier reported in the media that the 24-year-old Nigerian striker was could be joining Valladolid in the January transfer window, but Maja has now indicated his interest in extending his stay in France citing regular playing time as the reason for his decision.

The one-cap Super Eagles striker’s contract with Bordeaux ends in June 2023 and is currently valued at €4m. He has scored seven goals and provided three assists in 16 appearances this season in French Ligue 2.

“Where is my contract extension? It’s in talks. For now, I’m focused on being good with the team on the pitch. And let non-sporting things sort themselves out,” Maja told French media girondins4ever.

“But the further the season progresses, the more we will discuss. And when the time is right, it will. If I see myself continuing here? Yes, honestly yes. I’m happy here because I play often. Thanks to the confidence of the trainer, I have a role in this team. I can’t complain, I’m happy.”

The Nigerian attacker praised his coach David Guion for the playing time he has enjoyed since his arrival from Stoke City in the summer.

“I am grateful to him. Ever since I came back from England, he has trusted me. I want to thank him because, with another coach, it could have been different for me, and the club. We are going in the right direction and I hope to continue.”