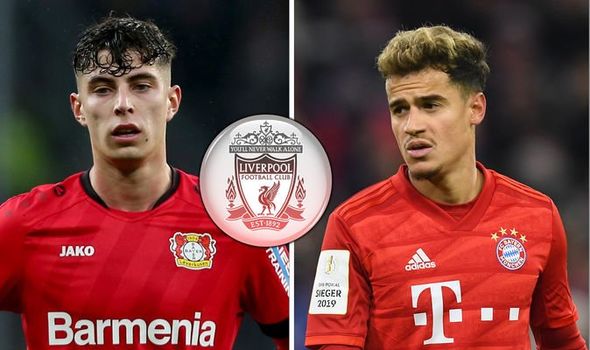 The German international, with four goals and two assists to his name in this season's Bundesliga, has continuously impressed for the Bundesliga side and has attracted interest from some of Europe's top clubs.

Havertz could leave Leverkusen and Jurgen Klopp has made him his number one transfer target this summer, according to the Express.

Having had a fairly quiet January transfer window with Takumi Minamino and Joe Hardy the only additions, the Anfield side will reportedly make a bid in the summer.

And it seems the German is open to the idea of a move to the Premier League.

If Liverpool are to bring the £80million man in, they will face competition from United who are also said to be “very interested” in Havertz.

But if the deal for the 20-year-old doesn’t go through, the Reds will reportedly move for their former playmaker Philippe Coutinho, who is currently on loan at Bayern Munich from Barcelona.

The 27-year-old Brazilian could be available for just £77m despite the fact the Catalans paid a whopping £145m for him in 2018.

Barca are now looking to get rid of Coutinho since he failed to hit the form that made them bring him to the Nou Camp.