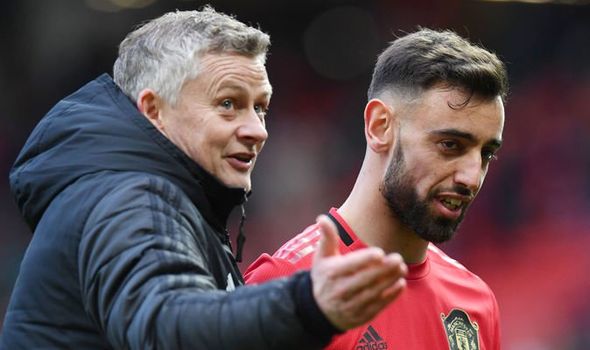 Manchester United may just be able to sign Atletico Madrid's Saul Niguez for way cheaper than his £135 million buyout clause, according to reports.

Last month, Ole Gunnar Solskjaer was reported to have seen the Spain international as being the ideal partner for Fernandes in the middle of the park.

And, now, Spanish newspaper AS are saying the Red Devils will be able to sign the player for a lot less if things stay the same.

Saul has a massive buyout clause at the Wanda Metropolitano, with suitors having to pay £135m for him.

But with Atletico’s financial situation looking bleak they may have to settle for an offer of £70m instead.

While that’s still a reduced fee, it would still make Saul the fourth most-expensive signing in the club’s history.

Atletico rely on Champions League money each year in order to remain competitive with the other clubs in Spain’s top flight.

And they may have no choice but to let Saul leave in order to balance the books.