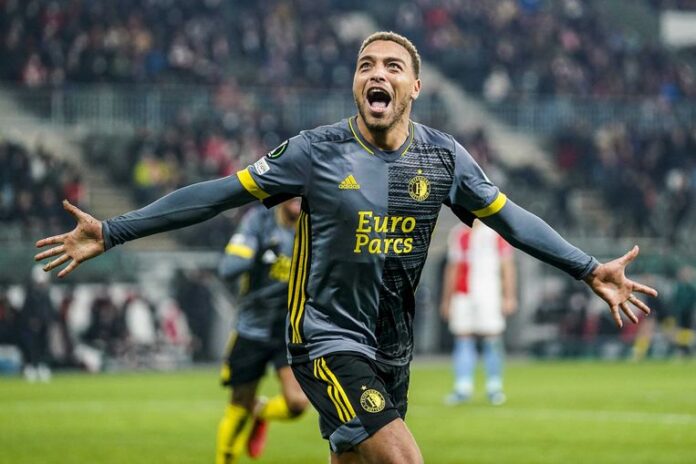 2022 is the year of Nigerian strikers as all Super Eagles-eligible strikers have been performing excellently in their various leagues.

The transfer action around these strikers is also at its highest this season and we bring to you some of the most recent transfer updates around Nigerian players abroad.

Forgotten Super Eagles forward Anthony Nwakaeme is reportedly set to move to Fenerbahce from Trabzonspor in the summer.

The striker, who is currently leading Trabzonspor to their first Turkish Super Lig title since the 1983/84 season will be out of a contract at the club in June.

Contract negotiations have been ongoing but recent reports claimed that Nwakaeme has rejected the club's most recent offer due to a disagreement on the financial details.

Trabzonspor was reported to have offered the 33-year-old a sign-on fee of €1.5 million and a three-year contract of €2.75 million per year.

Nwakaeme's demands were a €1.8 million sign-on fee paid in cash and a €3 million per year salary for the next two-and-a-half years.

Fenerbahce have reportedly made him a better offer and the Nigerian is expected to move to the Turkish giants next season, according to Turkish football website Trhaber.

Dennis to leave Watford at the end of the season

In the Premier League, Watford striker Emmanuel Dennis is set to call time on his stint at Vicarage Road as the club faces the prospect of relegation.

Dennis, valued at €25 million, is the club's most sellable asset and given their unlikelihood of remaining in the top flight next season, the club are willing to listen to offers for the former Club Brugge striker.

Leeds United have been reported to be interested in the striker, but his move to Elland Road will also depend on if Leeds, who are 16th on the table, stay up as well.

Union Berlin striker Taiwo Awoniyi has attracted the interest of West Ham United who are looking for a back up for Michail Antonio.

Antonio has been the club's only centre forward since the club let Sebastian Haller move to Ajax Amsterdam in January 2021. The Jamaican striker's returns have diminished because the Hammers have not been able to provide adequate rest for him.

The London club are now determined to help the 32-year-old get back to his best with a new strike partner for Antonio who can also deputise for the Jamaican on occasion.

£16 million-rated Awoniyi is their target, having failed to get the attention of Benfica and Darwin Nuñez.

Awoniyi has made history for the Berlin club in his two seasons at the club, with his 13 Bundesliga goals being the most goals scored by a Union Berlin player in the German top flight.

Forgotten Super Eagles striker Cyriel Dessers is also the subject of transfer speculation between his parent club, KRC Genk and Feyenoord Rotterdam, where he currently is on loan.

Dessers joined the Eredivisie club at the beginning of the season with an option to buy. He has proven a good investment, playing 33 games mostly as a substitute and scoring 15 goals.

Genk sporting director Dmitri Conde issued this ultimatum on behalf of the Belgian club, who also employ Paul Onuachu. Conde says Feyenoord have till June 1 to declare their intentions or risk missing out on the striker.