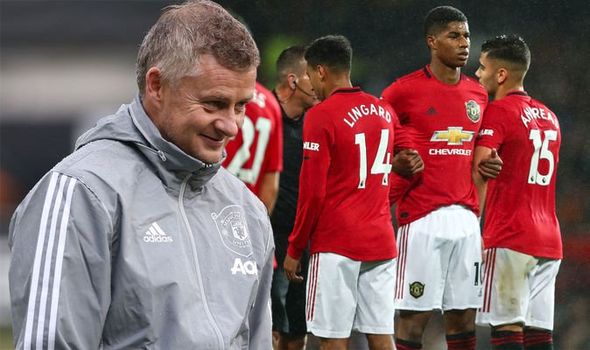 Manchester United will bring in as many as six signings if Ole Gunnar Solskjaer gets his wish this year at Old Trafford.

Erling Haaland was their top target heading towards the mid-season window, but Borussia Dortmund won the race for the teenage striker.

Instead, the Red Devils have been linked with the likes of Napoli hitman Arkadiusz Milik, Ajax midfielder Donny van de Beek and Spurs playmaker Christian Eriksen.

Given their continued struggles, especially domestically, with United sitting fifth in the Premier League table five points off Chelsea in the Champions League spots, Solskjaer still has big plans for his squad.

As per The Times, United boss believes he needs six singings over the next two windows to turn the club into a major force once again.

Solskjaer’s side are more likely to fork out on new players in the summer when the availability of top stars is less of an issue than January.

The Red Devils certainly need to bolster their attacking options with Romelu Lukaku and Alexis Sanchez still not replaced upfront.

Club captain Ashley Young has rejected an offer of a one-year contract extension at Old Trafford as he is keen to join Lukaku and Sanchez at Inter Milan.