The hosts of the 22nd edition of the World Cup and first-time participants, Qatar, will be opening the tournament against Ecuador.
Both teams are coming into the tournament with hopes and dreams but fans have zero expectations of them and will look to them solely to provide entertainment.

It is one of the lower-profile opening fixtures but both teams will see it as a chance to announce themselves to the World with all the eyes on them. We're here to provide your best Qatar vs Ecuador tips which will help you get accurate betting predictions for your Qatar vs Ecuador best bets.

Both teams to score

With the opening match of the World Cup just days away, we will be providing you with some Qatar vs Ecuador best bets which will enable you to win big as well as gamble efficiently.

Ecuador are the favorites to secure victory against their opponents, the hosts of the World Cup, Qatar. Ecuador are ranked 44th in the World according to official FIFA rankings, six places higher than hosts Qatar and are backed to win the match by bookmakers.

The South American team were able to navigate the murky waters of the notoriously difficult CONMEBOL World Cup qualification group stages and secure qualification for the World Cup.

They finished fourth on the table ahead of recent World Cup regulars Colombia and Chile. They also have the experience advantage in this matchup as they have been at three World Cups before this one.

On the other hand, Qatar have never been able to qualify for any World Cup before this one. The middle eastern nation will be making its world Cup debut only because they have been selected to host the tournament.

It is uncertain if they would have qualified for this year’s tournament if they had to go through the usual qualifying phase(s).

They will be underdogs in their debut match at the Mundial and though they will have the home advantage, it will not enough to overcome their opponents on the day. This is another good route to take when making your betting predictions with our Qatar vs Ecuador tips. We predict that not more than three goals will be scored in this match as it will be a low-scoring affair. Why, you ask?

Well, it’s because if you look at the records and final scores of both teams in 2022, you will see that neither side is lethal in front of goal and find it difficult to find the back of the net. This is true, particularly for Ecuador. In 2022, the South Americans have played 10 times with only eight goals scored.

In that run of games they have played out three 0-0 draws, three 1-1 draws and two 1-0 wins. They are not known for scoring much but they don’t give away much either.

Qatar on the other hand look like they have a decent goal record, at least on the surface of things. They have scored 10 goals in eight games played in 2022 but all those games have been friendlies and only one of those teams (Canada, who bet them comfortably 2-0) will actually play at the World Cup. Ecuador, on the other hand, were able to hold two of the World Cup favorites, in Brazil and Argentina to 1-1 draws.

This may be a low-scoring affair with less than three goals predicted to be scored but we also think that the goals will not come from the match favorites, Ecuador alone.

Qatar have enough quality about them to also find the back of the net in this math. The intangible factor of playing in a World Cup game in your own country and in front of your home fans will give them the determination to try to create chances in order to win games.

However, being a team generally of a lesser quality than Ecuador, they will end up on the losing side of this match, as we have predicted. The Ecuadorians will look to impose themselves and their will on this match by taking the game to the tournament hosts. They will try to gain control of the midfield and control the territory. This will allow them to create chances and apply pressure on their opponents.

We predict that eventually Qatar’s resistance will be overwhelmed by relentless waves of attacks. Ecuador will likely open the scoring in the match and become the first team to score at a winter World Cup.

Next on the list of our Qatar vs Ecuador tips you can use takes a step away from goals. We predict that over the course of the match, there will be at least eight corners to be taken in this match.

This match is going to be one that will be dominated potentially by the South American nation. They will have a lot of shot attempts during long spells of pressure which will lead to saves and deflections resulting in corners.

Qatar will also have their own spells of pressure in the match and will have corner kick attempts of their own as well.

Both teams will be meeting for only the fourth time in their history. The spoils have been shared accordingly in their previous three meetings, with both teams each grabbing one win. This meeting though will be different because it will be the first time they meet on this stage where the stakes are at their highest.

Ecuador are favorites not only because of their superior rank but their experience in this tournament and superior individual talent.

Whether you are a newcomer who wants to get into gambling or one who is vastly experienced, our Qatar vs Ecuador tips will offer the best insight needed to make good decisions and ensure you win big either as a fan or as a neutral.

For more tips on how to bet on the World Cup, check out BetKing's World Cup betting guide. 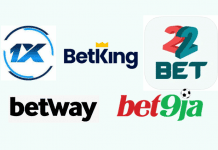 BetKing World Cup betting 2022: How to get started 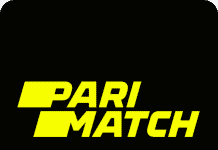