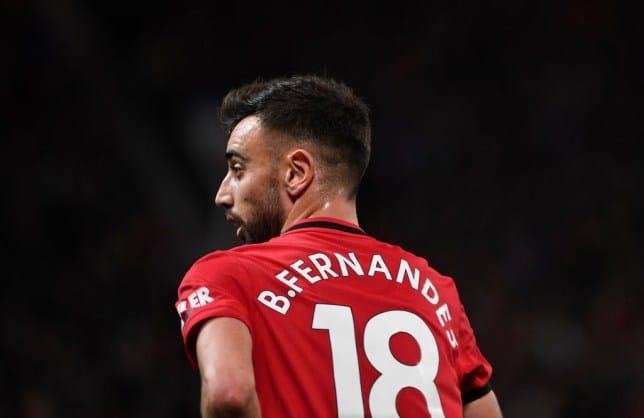 Bruno Fernandes joined Manchester United in January this year from Sporting Lisbon in a move which costs the Reds £49.5m as per TransferMarkt.

However, The Sun’s recent report states that Fernandes could be in line for an early Old Trafford exit despite joining the Reds just 10-months ago.

The Sun’s report claims that La Liga giants and arch-rivals Real Madrid and Barcelona are prepared to battle it out for Fernandes’ signature.

Although the report does not state whether or not the La Liga giants will make a January move or wait until next summer.

Fernandes’ United happiness has been cast into doubt in recent weeks after several reports emerged suggesting the 26-year-old was unhappy to be subbed off just one-minute into the second-half during his side’s 6-1 thumping against Spurs.

However, speculation was cooled yesterday by manager Ole Gunnar Solskjaer during a scheduled press conference.

Solskjaer’s unity cries were echoed just days ago by Fernandes himself who spoke with Sport TV (via A Bola) and strongly dismissed claims he was unhappy, the 26-year-old said: “There’s been a lot of speculation about that.

“I was replaced at half-time, it is true, by technical option. The coach told me that the game was almost over and that we would have a lot of games ahead of us. Got it. I was not satisfied but said nothing that could harm the group.”