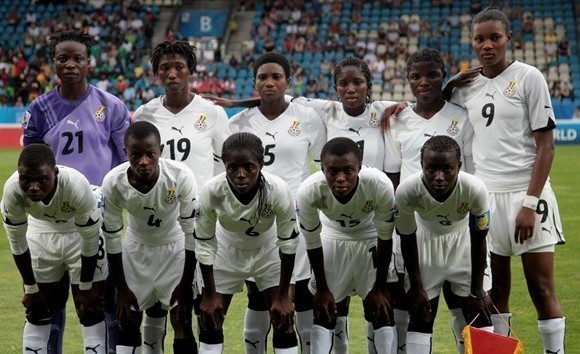 There are five top female Ghanaian footballers I want to talk about in this article because of their achievements – not just for country but for club too.

Female football players are not often given the chance to be on top, whether it's Ghanaian or anywhere else in the world.

Most times they have to take their chances to become stars in their own right.

Ernestina Abambila, 23, is a midfielder with Medyk Komondor and the Ghana National team.

She is one of Ghanian best female players and built careers in her country starting right from her college days.

She played with Ghana under 17 teams, scoring 2 goals in 11 games and scored 2 goals.

She debuted for the national team's first senior team in a match against France.

Elizabeth Addo was born on 1st September 1993 in Accra, Ghana.

She plays as a forward for the American National Women's soccer league side, North Carolina Courage, and the Ghana Women's National team.

She made her first debut with the Ghana senior team in 2016.

In 2020, Elizabeth captained the Ghana National team and won 3rd place in the Turkish Women's cup.

Addo is currently the captain of the Ghana women's senior team.

Portia Boakye was born on the 17th of 1989 in Accra, Ghana and is an active player of the Ghana women's national team.

An attacker, she is a prominent figure of Swedish club Djurgardens IF.

She scored the only goal in the match and won the woman of the match award.

On the national level, Portia is a prominent figure with her country and won the 2010 Africa Women Championship finals.

In 2016, she won the best Ghanaian female footballer of the year after organized by Ghana Sports Writers after claiming the highest vote.

Jane Ayiyem, 23, is a forward with the Ghana women's national team and club side Police FC.

She kicked off her career with Telecom Ladies in 2006 and spent a total of six years where she played 27 games and scored 19 goals.

Ayiyem joined Police FC in 2013 and has been with the club to date. She has played a total of 32 games and scored 27 goals.

Ayiyem won the Ghana Sports Writers Association Award consecutively for three years, starting from  2012 to 2014, While winning the top scorer of the year in 2012 with 18 goals.

Jane played for the under 20 team in 5 games and scored 3 goals. In 2018 she played for Ghana senior team and played scoring 5 goals in 8 games.

Faustina Ampah was born on the 30th November 1996 and is a defender with the Ghana National team and club side FC Minsk.

Ampah began her Career with Blessed Ladies FC in 2009, scoring 26 goals in 60 games. An impressive stats for a defender.

She joined FC Minsk in 2017 and have been with the club to date.

Faustina played with the Ghana women's national team in the 2018 WAFU women's cup, scoring in the semifinals and winning the tournament.

She then won the player of the match at the end of the game.