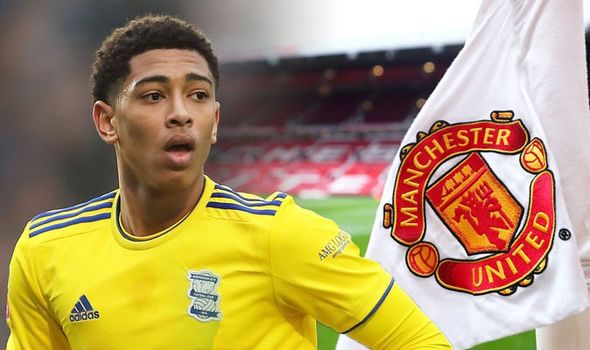 Birmingham are understood to have given Bellingham permission to speak a number of clubs that are interested in signing one of English football’s top young prospects.

According to reports in Germany last week, Bellingham was close to agreeing a deal with Borussia Dortmund, though United remain well within in the race for his signature.

The Red Devils drew up a £20m package for Bellingham during the final days of the transfer window, with an initial £8.5m fee offered up front.

Birmingham are likely to demand more for a player who has made 32 league appearances since breaking into Pep Clotet’s side at the start of the season.

Despite interest in his services from across the continent, Bellingham stayed at St Andrew’s last summer in order to experience first-team football.

The Stourbridge-born midfielder is still earning a scholar’s wage of £145-per-week as he cannot sign professional terms until his 17th birthday in June.

United were not willing to comment on images of the Bellinghams leaving Carrington.