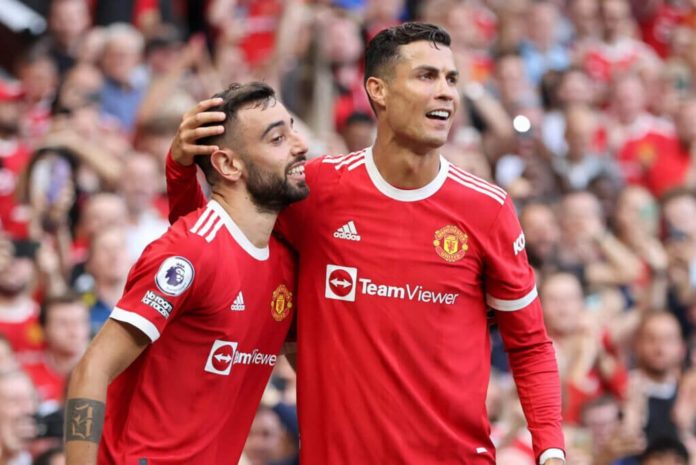 Manchester United have started the season on a good note along with Cristiano Ronaldo following the Portuguese International's brace at the weekend.

And against West Ham United they face a torrid test to prove their worth on the road after losing 2-1 to Young Boys in midweek's UEFA Champions League encounter.

With the pressure already building on Manchester United ahead of this weekend game with Ronaldo in view, it remains to be seen how every player on the Red Shirt would perform on the pitch.

The Red Devils would employ every means to get the result over David Moyes and this will include set play (pieces) and corner-kicks.

But the real gist here is who would take penalties if United get one under pressure as/starting from this weekend.

Bruno Fernandes has been the one playing that role for the club despite the presence of stars like Paul Pogba and Marcus Rashford in the Manchester United side.

However, with the arrival of Ronaldo from Juventus, things could change from a good point of view.

The Portuguese talisman has always been the one taking penalties at every club he’s played for. He's held the Penalty duty at Juventus, Real Madrid and even in his former time at Old Trafford.

Therefore, it wouldn’t be a bad idea if he’s handed the penalty duty now that he’s back with good reception at the club.

Ronaldo deserves to be the club’s penalty taker as he’s flourished from 12 yards over the years.

Even at the Portuguese National team, he’s the one taking the penalties since he is a higher-ranked player than Bruno Fernandes.

It will also be a token of respect for the Portuguese playmaker (Bruno) Fernandes to hand over the penalty responsibility to his international teammate Cristiano Ronaldo at Manchester United.

This should be done under the watchwords of manager Ole Gunnar Solskjaer. While the decisions should be done with mutual consent to the benefit of the two players involved.

Ronaldo is the leading goal-getter for the club and the penalty responsibility will also help his pursuit of the Golden Boot shoe.

With competition expected to be stiff among top quality strikers in the likes of Harry Kane (Tottenham Hotspur), Romelu Lukaku (Chelsea), Mohamed Salah (Liverpool), and co. in the EPL top scorers chart, the club amid his teammates should help Ronaldo’s stakes with the Penalty duty.

While he adds a couple of free-kicks and other created opportunities to make up his number of goals in EPL this term.