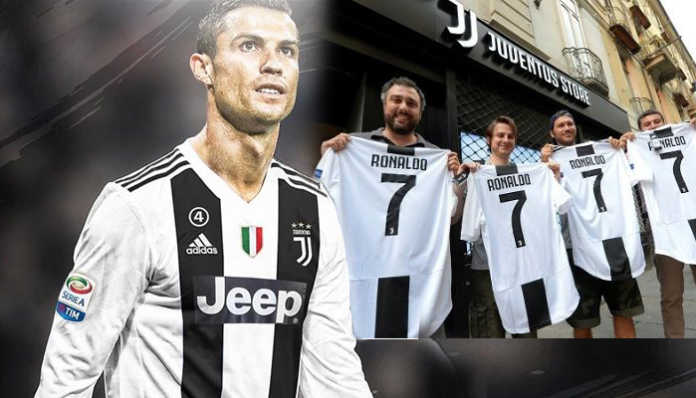 Ronaldo joined the Old Lady in one of the summer’s most sensational transfers. And the effect of the Portugal ace can be felt beyond the pitch.

According to a report published in Bild, a research conducted by Idealo Magazine showed that the official Juventus shop sold loads of replica shirts in July and August as they did across 2017.

Juve have also recorded a boost in sales by in excess of 145 percent. In August 2018, the club saw sales within the European Union swell by 145.5 percent compared to the same month in 2017.

Serie A champions have also earned an additional 3.5 million Instagram followers in July alone and in the process became the fourth most followed football club in the world on the social media platform following the former Real Madrid star’s arrival in Italy.

Though five-time Ballon d’Or winner is leading Juventus to massive commercial success, Ronaldo has up till now not scored for Italian champions.