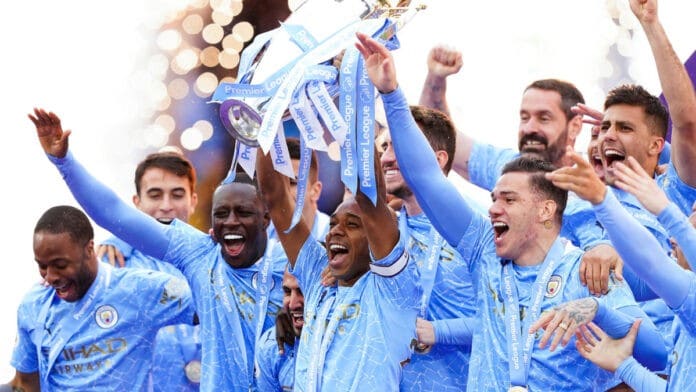 The last season of the Premier League ended in a pretty predictable way.

Manchester City proved victorious, pocketing its fifth title, teams have emerged from the second-tier leagues and others have been relegated.

The summer transfer window is drawing to a close, and the beginning of the new season is coming.

It’s time to prepare your first Betway English Premier League soccer betting slips and try to guess which one of the prestigious English clubs will emerge victorious in the upcoming season.

Man City for the win?

It’s pretty early to predict which team has the best chances to win the upcoming Premier League season – but one can speculate.

Of course, the chances will certainly be bent one way or another with any major signings announced by the teams.

But it’s pretty safe to assume that one of the big names – Manchester City, Manchester United, Liverpool, and Chelsea – will be among the most likely ones.

Defending champions Manchester City are the most likely to win, according to the English publication Daily Mirror, citing a bookmaker that claims to have used a “supercomputer” to predict the outcome of the season.

But not everyone agrees with this prediction. Eurosport journalist Ben Snowball disagrees: he expects Chelsea to emerge victorious next season.

Last year, Chelsea has finished fourth in the Premier League.

This year, in turn, it has the chance to do much better thanks to a high-profile signing: Belgian player Romelu Lukaku.

His arrival will do wonders for Chelsea’s attack, strengthening their ranks right where they need it the most (according to Snowball, the other positions on the turf were already “class”).

Snowball expects Liverpool and Manchester United to do great in the coming EPL season, with the former re-adding Virgil van Dijk to its lineup and the latter strengthening all of the positions that needed it.

And when it comes to Manchester City, he expects them to be unable to repeat last season’s performance – unless, of course, they sign Harry Kane.

And who leaves the EPL?

There’s no reason to talk about the winners if we fail to mention the losers – the teams expected to be relegated from the Premier League next season.

Based on their records, one of the most likely teams to be relegated is Norwich City, a team that has been in and out of the Premier League since 2009 – The Canaries are the only team to be relegated from the EPL five times.

Another team likely to fall out of the EPL in the coming season is Watford.

While the team did bring in fresh talent, they can expect a tough season even if manager Xisco Munoz can keep the team’s spirits high.

Then again, Xisco doesn’t expect any pressure from the upcoming EPL season – so the team can indeed prove everyone wrong.