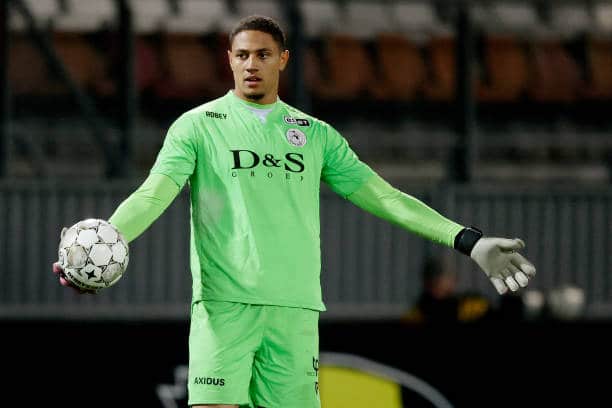 Former Nigerian goalkeeper, Peter Rufai believes the Super Eagles coach, Gernot Rohr will have plenty of decisions to make on who mans the goal post against the Central Africa Republic on Thursday in the 2022 World Cup qualifiers.

Okoye was the only player missing on Tuesday evening when the team held its first training session.

However, a post on the Facebook page of the Super Eagles disclosed that the Sparta Rotterdam shot-stopper is now in camp, bring the number of players to 23.

Since making his international debut for the three-time African kings on October 13, 2019, in a 1-1 friendly match against Brazil, Okoye has been the preferred choice in Nigeria goal by coach Gernot Rohr.

In a chat with Goalballlive, ‘Dodomayana' as he was fondly called during his playing days, said that the late arrival of Maduka Okoye may affect his chances of playing against CAR.

“It will definitely be a big relief for the Super Eagles coach, Gernot Rohr to have Maduka Okoye arrive at the team camp on Wednesday ahead of their game against CAR.

“No doubt, Okoye has been a very good goalkeeper for the Super Eagles however, his late arrival to camp may give the likes of Daniel Akpeyi and Francis Uzoho the chance to be giving a look in by the coach.”