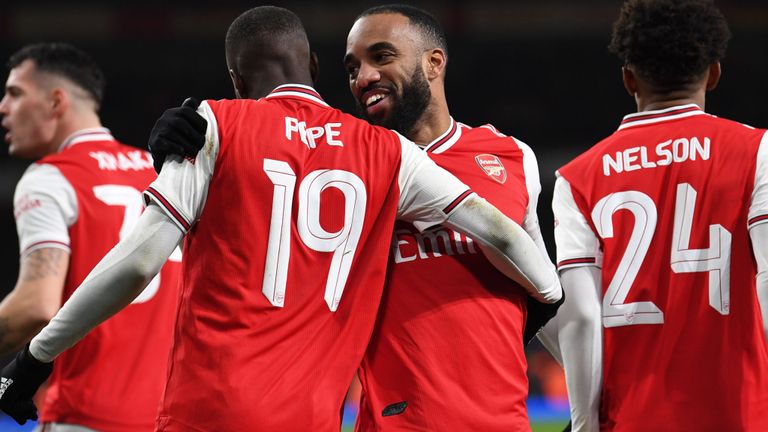 Speculation has been surrounding the futures some of some Arsenal key players as many seem to be looking towards the exit door.

This is Arteta’s first venture since leaving his role of assistant coach at Manchester City to put his own stamp on the team, but he may face a fight to keep some of his stars.

Here are the five players that could make the move away from the Emirates this January.

The 30-year-old striker has attracted attention from all over Europe with some top clubs looking to acquire his goalscoring talent.

Despite Aubameyang insisting he is committed to the north London club, he only has 18 months remaining on his contract at the Emirates.

The Gunners would also be expecting a large fee for Aubameyang meaning they will be able to strengthen other areas of the team should he leave.

The 27-year-old’s agent has been reported to have demanded a meeting with the Arsenal board at the start of the January window.

Mustafi was expected to depart the Emirates Stadium in the summer after ex-manager Emery told him he was not part of his plans.

After an announcement from his new agency revealed the German defender had become one of their clients, speculations arose as to where he will be playing by the end of January

Arteta has been reported to have convinced the 27-year-old to stay at the Emirates.

However, after a turbulent spell in north London Xhaka could be seeking a move in the near future.

Former Liverpool midfielder Danny Murphy insisted that opinions of the Swiss midfielder would be very different he was to play for the Premier League leaders.

The England U21 international is also likely to be on the move to the Championship in a search for regular game time this window.

Nketiah, who was recalled from Leeds earlier this season, is reported to be looking for another club due to Arteta wanting him to gain more experience.

The young attacker has been linked to clubs such as Nottingham Forest, Bristol City and Sheffield Wednesday.

The 20-year-old striker is reportedly close to departing Arsenal but it is unclear as to where he will be playing at the end of January.

Mavropanos, 22, is expected to leave on loan this month after struggling to cement a spot in the Gunners first team.

Arteta is looking to bolster his defensive ranks after Calum Chambers suffered a long-term injury which has ruled him out for up to nine months.

But the new Gunners manager has seemingly decided that Mavropanos doesn't feature in his plans this season and will send him out on loan.

The Out-of-favour defender, who has made just nine appearances in three years since arriving from Greek side PAS Giannina, is believed to be attracting interest from Italy.