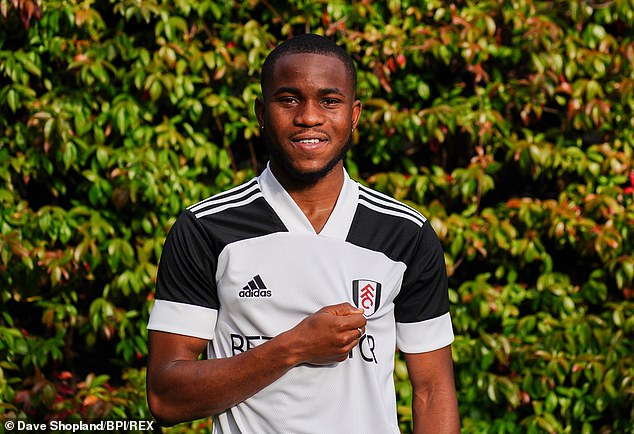 It is only God – and Genort Rohr who knows why Ademola Lookman Olajade Alade Aylola Lookman is yet to don the Green White Green jersey and play for the Super Eagles of Nigeria!

In terms of being eligible, Lookman is. He was even one of the players FIFA recently cleared to play for Nigeria.

Even though he was born in Wandsworth, Greater London, it is to Nigerian parents who have their origin from the South Western part of the country.

Thus, he can feature for Nigeria’s national team and the Three Lions of England.

In fact, he has already played for the England U19, U20 and U21 squads. Some have said it was Lookman himself who turned down the opportunity to switch allegiance to Nigeria after an approach from Rohr.

Maybe the Nigeria Football Federation [NFF] need to send a different emissary since he is yet to feature in England’s senior team.

Before I lose focus, let’s get back to Ademola Lookman biography.

Ademola plays for Premier League club Fulham but as a loanee from RB Leipzig of the Bundesliga.

Let me break it down so you know just where Lookman started his career from.

It all began at Charlton Athletic's academy in 2014 after signing from Waterloo, a youth football club based in the London Borough of Lambeth.

And by January 2017, Lookman joined Everton after signing a four-and-a-half-year contract for an undisclosed fee which was said to be an initial £7.5m potentially rising to £11m with add-ons.

After much deliberations with manager Sam Allardyce, Lookman joined Bundesliga club, RB Leipzig, on loan until the end of the 2017–18 season.

By the following season, Lookman returned to the German outfit on a five-year deal, after a successful loan spell.

And in 2020, Ademola moved to Fulham on a season-long loan and that’s the club he currently plays for.

His current contract with Leipzig will expire on June 30, 2024.

But who is Ademola Lookman dating?

Surprisingly the dude doesn’t have the name or picture of any girlfriend or wife online. He’s obviously not a monk so he must have someone he is in love with just that he hasn’t made whoever the lucky girl is public.

Meanwhile, especially for the ladies out there, if you need Ademola Lookman Instagram handle, here it is.

As for his house and cars, there is really nothing online that shows he's got any.

But I know for sure Lookmani isn’t leaving under the bridge nor trekking all over England.

Though there is this photo, which I posted below, showing him chilling at home in front of the television. And they say the location is in Liverpool, England.

Whether that is Lookman’s house is not known for sure.