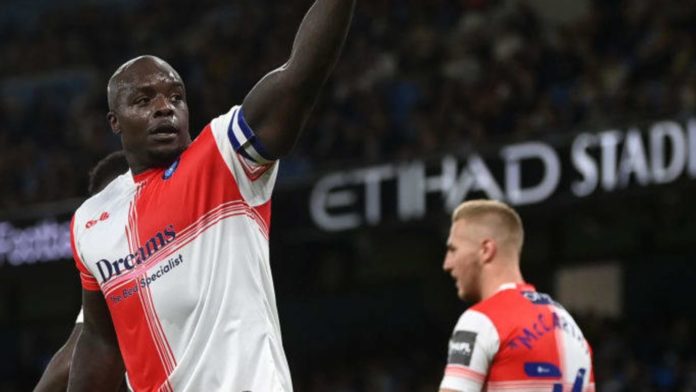 Man City manager, Pep Guardiola has revealed that he's impressed with the performance of Adebayo Akinfenwa in Wycombe Wanderers' 6-1 loss to the Cityzens in the Carabao Cup.

The Nigerian descent saw a header miss target and deliver a typically lively attacking showing as Wycombe opened the scoring through Brandon Hanlan before City smashed six goals past the visitors.

However, Guardiola in an interview with Skysports described Akinfenwa as a legend of English football.

“They faced a legend of English football; it was an absolute pleasure to meet him,” Guardiola said of Akinfenwa, as per Sky Sports.

“It’s not easy to do it but they (defenders) did very well. We are going to review the game and show them how to solve the problems. But there was not one bad performance.”