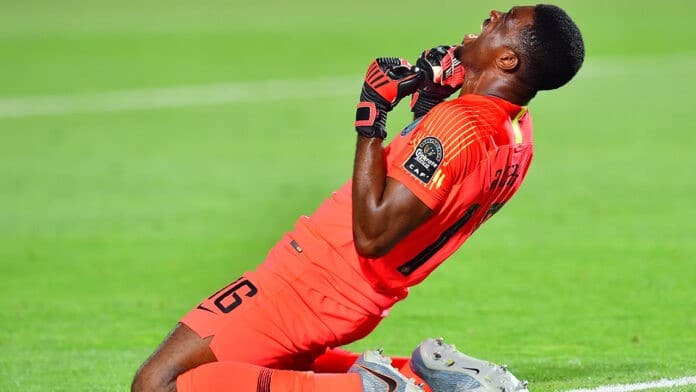 Kaizer Chiefs earned a vital point away from home against Amazulu thanks to the heroics of Super Eagles goalkeeper, Daniel Akpeyi in the sticks in the DSTV Premier League over the weekend.

It was the second consecutive start for Akpeyi under new manager, Stuart Baxter, and the Nigeria goaltender had three spectacular saves to help keep the scoreline respectable as the match ended at 1-1.

During his first start prior to last weekend's match at Amazulu, the 2019 Africa Cup of Nations first choice goalkeeper kept a clean sheet as Chiefs continue to find their feet having changed their manager.

Though Amazulu found the back of the net through L. Memela in the 48 minutes, the Nigerian goalkeeper ensured that no further goal will be scored, thus putting up a scintillating performance, denying strikes that were heading for the back of the net.

Chiefs got their reward in the dying moment of the game when they were awarded a penalty which was expertly converted by K Dolly.

Up next for Akpeyi is the Super Eagles doubleheader with the Central African Republic, a twin fixture in the 2022 FIFA World Cup qualifier and the 35-year old is expected at the camp later on Monday.