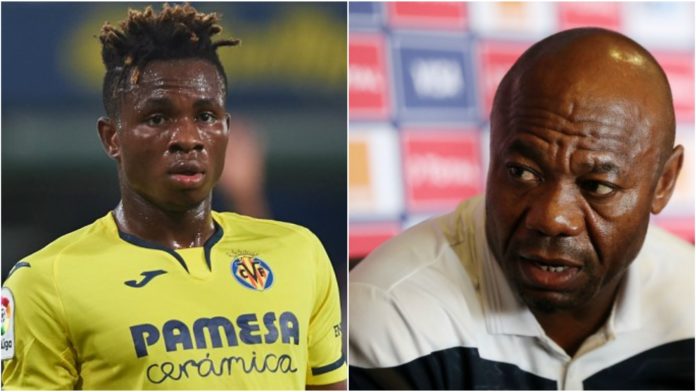 The 1994 Africa Cup of Nations winner stated this in a chat with TribalFootball.

Chukwueze also played a pivotal role in the Yellow Submarine winning last season's Europa League trophy, in which they beat Arsenal and Manchester United in the semi-final and final.

However, Amunike insisted that he would be delighted to see the Nigerian international play in England.

“I'm happy about the progression he has gained since 2015 when he came to limelight in the National U 17 team of Nigeria where I was the chief coach then.

“It is good to know that he continues to grow as a player. He has to continue to exhibit himself. He has done well in Villarreal and that is the reason you can hear a lot of clubs putting interest in his direction.”

“I'm really happy for his progression and I think he can do well in any big club in England. He has the qualities to play in England.”