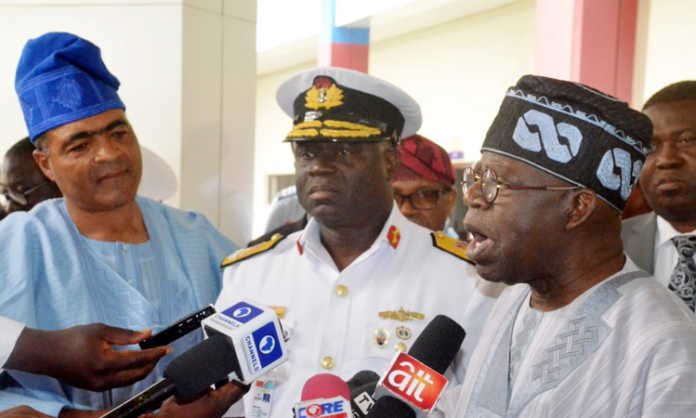 Chieftain of the ruling All Progressives Congress Bola Ahmed Tinubu has disclosed his envy for Premier League side Chelsea even though he is a staunch Manchester United fan.

Tinubu made this known when Super Eagles captain Mikel Obi paid him a visit at his Bourdillon, Ikoyi home in Lagos.

The China-based Mikel had visited the APC bigwig to seek his support for his talent hunt programme – Africa's Next Football Superstar.

“I'm very proud and honoured to receive you. I'm a great fan of football even though not much of a fan of your former club. I sincerely tried to watch Chelsea all the time you were there because you are a great talent,” Tinubu said.

“Last weekend, I watched the Tottenham Hotspur and Chelsea game with one eye because I'm always envious of Chelsea. I always wish we beat them. I sympathise with him, his former club had to take a hit from Tottenham.

“When Mikel was there, however, I watched Chelsea each time he was on the pitch with both eyes because he's a great talent. It's been a wonderful homecoming for him and we will do everything to support him.”