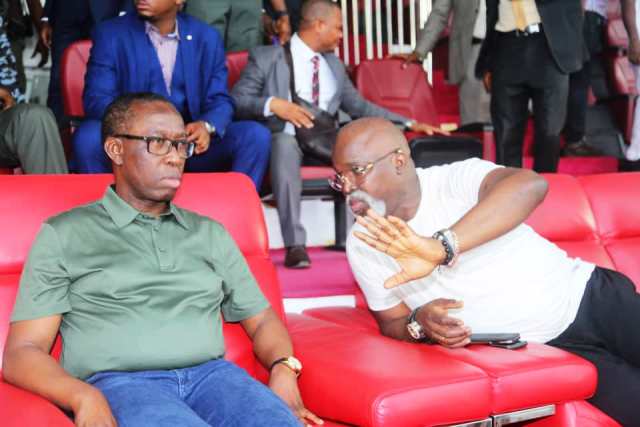 The All Progressives Congress, APC, in Delta State has taken a swipe at Governor Ifeanyi Okowa over his $25, 000 incentive to the Super Eagles in their African Cup of Nations qualifier against South Africa, describing it as a misplaced priority.

Okowa had promised to pay the Eagles $25, 000 incentive for each goal scored during the team's training session last Tuesday in Asaba before jetting to South Africa for the match, where they held their Bafana Bafana opponents to a one all draw.

The Delta State chapter of APC, in a statement by its Publicity Secretary, Sylvester Imonina,  said: “The APC family in Delta State condemns in its entirety, the promise of rewarding the Super Eagles of Nigeria $25, 000 for each goal scored by the Eagles against the South African team in South Africa.

“There is no gainsaying the fact that such gestures are needed sometimes, but same is morally unjustifiable at this critical time of our history when governors are kicking against the N30, 000.00 minimum wage.”