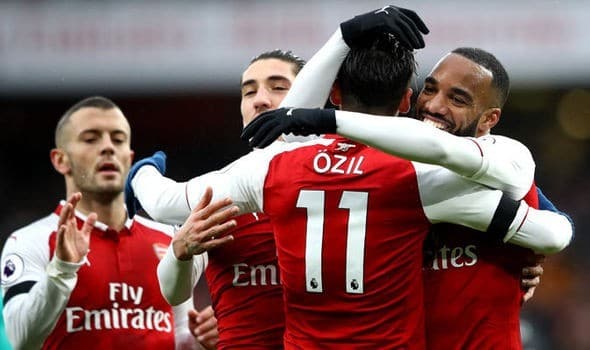 Arsenal will take on Crystal Palace at the Emirates this afternoon knowing that three points will see them leapfrog their local rivals, Spurs, into third in the Premier League.

Unai Emery’s men have won three matches on the spin with two victories over Napoli and a Premier League win over Watford, taking them into this contest in confident mood.

Palace, on the other hand, have been struggling for consistency, winning two and losing four of their last six matches, however, they are eight points clear of the bottom three and the threat of relegation has passed.

The Eagles have beaten Arsenal just once in their last 18 meetings in all competitions.

The Arsenal vs Crystal Palace match kick-off is at 4pm on Sunday 21 April at the Emirates.