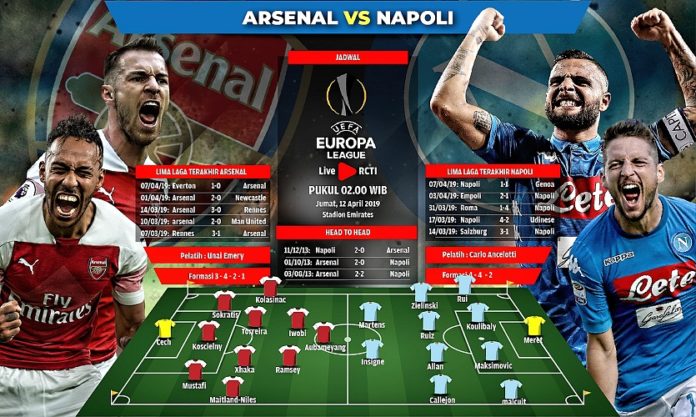 Arsenal will be looking to secure a first leg lead in their Europa League quarter-final with Napoli at the Emirates tonight.

The Gunners head into the game off the back of a disappointing 1-0 defeat at Everton last weekend that's left them sitting fifth in the Premier League table.

A tough battle lies ahead of Arsenal to finish in the top four so they need to take the Europa League seriously as winning the competition would secure our place back in the Champions League next season.

Arsenal will be up against a very talented Napoli side and boss Carlo Ancelotti also has a huge pedigree in Europe so it's going to be tough to beat them over two legs.

Napoli are dangerous going forward and Arsenal defence is easily broken so they might grab what could be an important away goal.