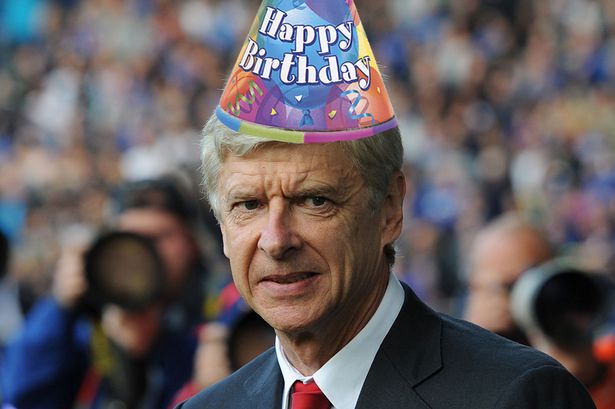 Arsene Wenger’s birthday is today, October 22. The Frenchman clocks 69-years-old and the Arsenal fans are wishing him a splendid day.

It’s been a long journey for the Frenchman because he became a footballer at a younger age and later became one of the most respected coaches in the history of English Football.

Even though Wenger resigned from his position as the manager of Arsenal in May this year, the Frenchman still has the love of the Arsenal fans because they believe that he has done a lot for the club even though things didn’t go well for him in the last 10 years.

Happy 69th Birthday to the one and only Le Prof. Arsene Wenger.

Happy 69th birthday to the legend

Thank you for making me, and million others, @Arsenal fans.

? There’s only one Arsène Wenger ?

A Great coach and a wonderful personality. Happy birthday Arsene Wenger. You are the real Boss @ArsenalFC_fl @Arsenal

The 69-year-old is currently jobless but there are many reports which claim that he will soon be appointed as the new general manager of Paris Saint Germain but it’s not yet official.