Another Champions League week is upon us and this time, it is perhaps the toughest fixture this week. Though Atletico have blown hot and cold of late, their last win against Osasuna came at the right time ahead of a crunch clash.

On the other hand, Manchester United have recorded back-to-back wins and seem to be at the top of their game, though looking vulnerable still. Here, we will be discussing Atletico Madrid vs Manchester United prediction and insightful betting tips to go with.

Both teams to score

Atletico Madrid have been their strongest when playing at their home soil this season. For most games, they end up winning or sealing a draw. Elsewhere, Manchester United seem to have topped form in the last few games. Given how competitive this game is, we expect to see goals at both ends at the very least.

Four out of Atletico Madrid's last five games have ended in over 2.5, with them contributing the most goals. Almost similar can be said about Manchester United. Lately, both teams' goal scoring ability seem to be at their peak, hence we expect to see a decent influx of goals in this game.

Let's take a look at the winner odds offered by the two main bookies for this fixture. 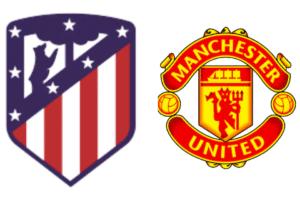 With the Away goal rule out of the way, teams are more serious about putting their best in each leg. It is very tricky predicting who the winner will turn out to be for this game. However, one prediction that's very likely is both teams to score. Especially when you consider how competitive this game is and how both teams will want to get on a winning front in the first leg.

There is also a very good chance for there to be an influx of goals. Both teams understand that the only way to win is to outscore the other.

Both teams have no head-to-head records, seeing as they have never been paired against each other. Regardless, Atletico Madrid are no strangers to playing against English sides, though they mostly end up losing against them.