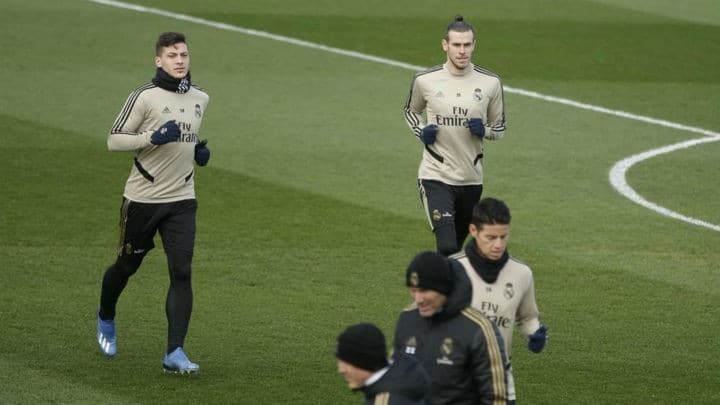 Gareth Bale was sent home from Real Madrid training with gastroenteritis and is a big doubt for their next game.

The Welsh wizard and teammate Luka Jovic were both kept away from the rest of the squad amid fears that the disease could spread.

Bale arrived on time for the session but was told to leave and was spotted driving away from the training ground.

Los Blancos travel to Levante on Saturday as they look to maintain their lead over rivals Barcelona at the top of La Liga.

Zidane’s men suffered a disappointing 2-2 draw with relegation-threatened Celta Vigo on Sunday, meaning the Bernabeu’s lead has been cut to just one point.

Bale’s contract at Real runs until 2022 and he looks set to see out that deal to the end.

Most teams are not able to afford Bale’s mammoth £650,000-a-week wages even if they would like to sign him.

The Wales international joined Real from Spurs in 2013 for a then world-record fee and has won the Champions League four times since moving to Spain.

Bale will lead Wales in Euro 2020 this summer after helping his country qualify for a second tournament in his career.