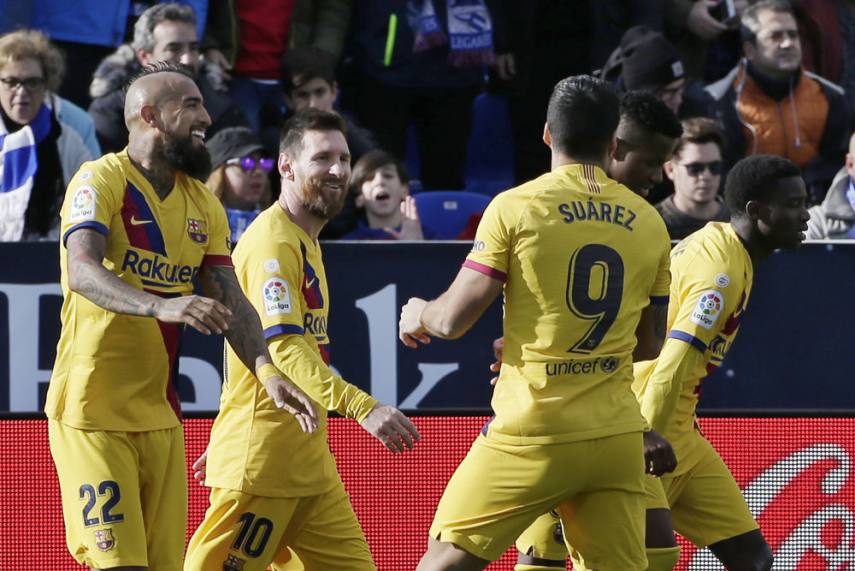 Barcelona predict less spending and more player exchanges as a result of the coronavirus pandemic, sources have told ESPN.

Barca president Josep Maria Bartomeu insisted last month that the club would still be “capable” of landing the game's best players but warned deals could be structured in a very different way after the crisis.

There's an awareness inside the club that a number of players will either have to be sold or included as makeweights in potential deals to take on such a big summer overhaul.

According to ESPN, only three players are untouchable when it comes to negotiating: Lionel Messi, Marc-Andre ter Stegen and Frenkie de Jong.

Inter striker Lautaro has a release clause of €111m which becomes active in the first two weeks of July.

However, sources say the Catalan club have “no intention” of paying that much.

PSG rejected the proposals then but the Serie A side hope they will change their stance this summer with Neymar's deal up in 2022 and the possibility of the player invoking Article 17 to force an exit unilaterally.

There are players at Barca that both Inter and PSG would be interested in.

Sources explain that the Italians are especially keen on Arturo Vidal, while Rakitic, Carles Alena and Rafinha could also be included in the Lautaro operation.

The coronavirus crisis is having major consequences on finances across football and Barcelona have seen their revenue streams tail off dramatically.