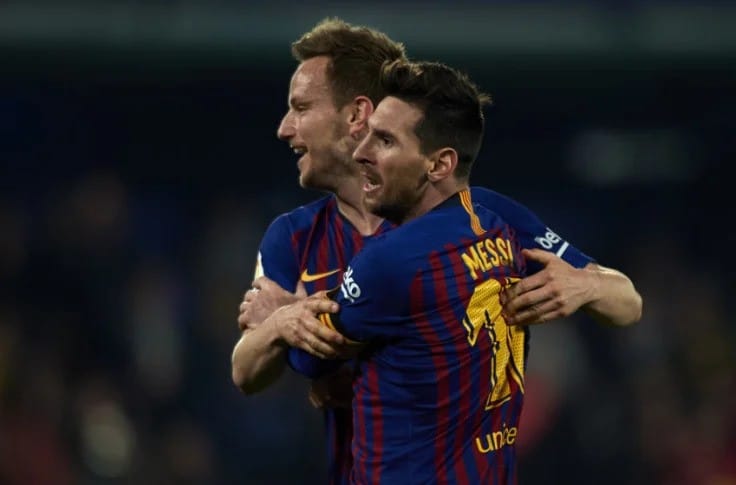 Ivan Rakitic has landed himself in hot water with Barcelona fans after uploading a photo of himself ‘disrespecting' Lionel Messi on Instagram.

The 32-year-old took to Instagram to remember his side's 3-0 victory over Argentina at the 2018 World Cup, a game which Rakitic scored in.

But Rakitic chose to remember the game by posting a variety of pictures – one of which includes him leaving Messi on the floor.

The Croatian midfielder is an already maligned figure at the Nou Camp with many fans believing his six year stay at the club should come to an end in the summer.

The fortunes of both men varied hugely in Russia that summer.

Argentina scraped through to the round of 16 and were knocked out by eventual winners France.

Croatia, meanwhile, made it to the final against ‘Les Bleus' after a remarkable run which saw them defeat England in the semi-finals.