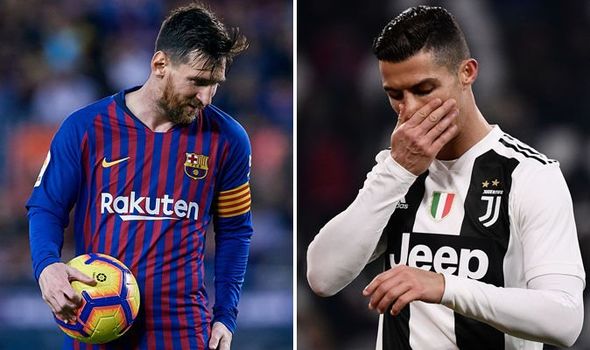 The pair have been locked in a battle over the ‘best player in the world' tag for years.

Yesterday Barcelona posted a tweet with Messi's name spelt out with emojis of goats – the symbol for ‘the greatest of all time'.

Ronaldo fanatics hijacked the tribute by posting pro-Ronaldo emojis and posts of their own.

“The real  (goat) is #Cr7 @Cristiano we shouldn't argue about this for sure,” tweeted a third.

Messi will be in action for Barcelona away at Girona this weekend.

Cristiano Ronaldo and Lionel Messi were big rivals on the pitch at Barcelona and Real Madrid.