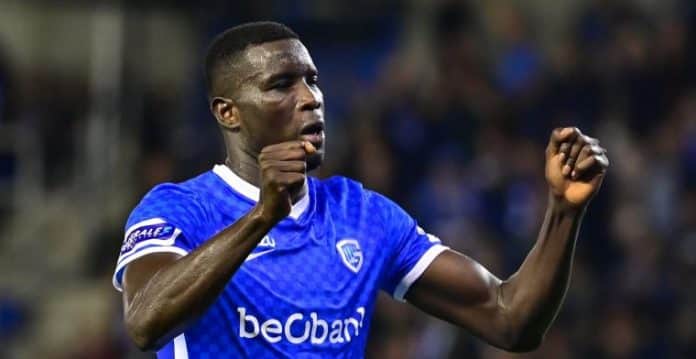 Super Eagles striker Paul Onuachu is among the best strikers in the Jupiler Pro League according to Belgian defender Rasmus Carstensen.

A winner of the Belgian Golden Shoe in January, the lanky Nigeria international has been in fine form in Belgium the past two seasons.

The Eagles striker was the highest goalscorer in the Belgium league in the 2020/21 season where he registered 33 goals.

The 28-year-old former FC Midtjylland forward also scored 21 goals in the 2021/22 season and continued the form into 2022/23 season hitting 13 goals in 14 league appearances and top of the scorers’ chart for Genk.

Onachu's skills and qualities that made him prolific in front of goal have impressed Carstensen, who just joined Genk last summer.

“He is on the top scorer list again, and a player who scores over 30 goals has a level for more than the club he plays for. Onuachu has a great opportunity to take the next step, Carstensen told Danish online platform Bold.

“Onuachu is just crazy good at football. He is big and strong, and he also likes to dribble.

“When he stands up in front of someone during interval training and gets a ball, you just have to try to push him away. So it is a two-meter tall man who weighs 100 kilos.

As a result of Onuachu's impressive display across all competitions since joining Genk in 2019, he has been repeatedly linked away from the club.

As of now, the Belgian Jupiler Pro League's Smurfs are leading the league with 46 points from 17 games.